THE DREAM AND THE ACTUAL CRASH

The car against the tree 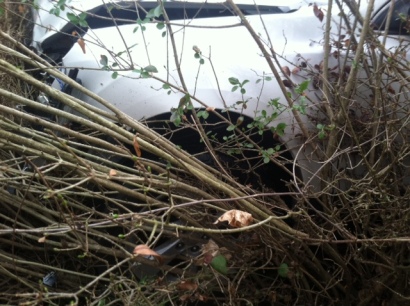 The car in the hedge

I was in the kitchen, finishing up scraping my plate, and without much planning in my head, when I heard the rattling sound of metals against each other. It was big enough to command attention but did not sound like my house was involved. I quickly looked out my windows looking north as I heard the sound coming from there, but there was nothing unusual. Then I went toward the south side and saw my neighbor on the phone and the white car up against my Catalpa tree. Going further along I saw another white car straddling the hedge, some smoke escaping. 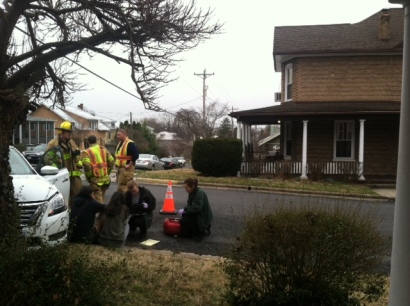 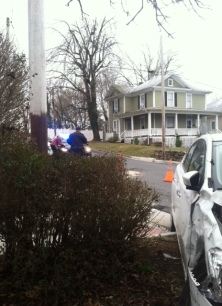 There was a woman on the ground near this car, fully conscious, telling me her name and saying she got out of her car through the roof as she could not get the doors open. I asked her if I could put a hand on her and she said yes. Sometimes I am conflicted about putting a hand on a person, or shaking hands but it seemed like I wanted to comfort her. Her name was Mercy. Her airbags had deployed and while there was a little track of blood in her mouth, she was fine. She sat cross-legged on the curb for fifteen minutes or more, trying to contact people, relating to childcare and doctor’s appointments. I briefly felt a wave of emotion fall over me. Soon the rescue folks were checking everything and I was not needed. 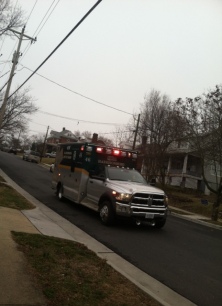 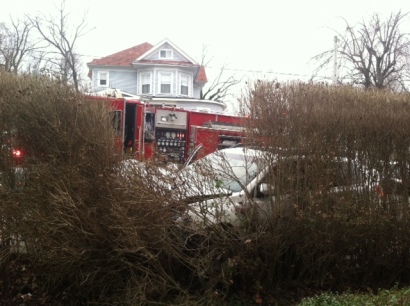 Accidents that happen here and usually between a car coming down the hill, Wolfe Street, with the stop sign and cars coming over the hill at a fast clip on Sterling Street, coming into an intersection. They seem to be the worst ones, the ones that end up in my yard or the one catty corner, depending on the weight of the car, and speed to propel them against a wall or in my case stopped by a hedge or a tree.

The car in the hedge from the other side

I found myself recently going down hill, at the next intersection with Myrtle Street, and having to slam on the brakes to comply with the stop sign. The downhill is seductive. The call of appointments, hastening us, scheduled start times at work demanding to be honored. 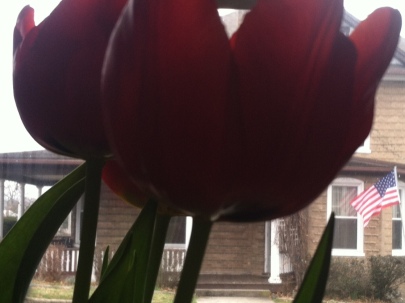 Snowdrops outside beside the crashed car

On Mason Street on my way to work, a woman working on her car, stopped what she was doing to let me know I was going too fast. I thought she was mad. She had hair like mine, looking like the math scientist, when the wind blew it up in the air.  I may have been speeding. I saw her later, when I was on my bike, worried she might recognize me but I did not get her attention at all. She was watching another car headed into the graveyard. The speed limit is 25. I am going slower now, obeying the rules of the road in a more conscious way.

May I, may we, may all slow down to the speed limit, more especially on the way to appointments and work. May there be four angels holding back the monthly crashes outside my house. May the Catalpa tree and the hedge continue to cushion errant cars on their way toward my house. May all drivers let go of the preoccupations and worries, and say holy prayers like “Mercy, Mercy Mercy” that we may make no metal contact today.

Now all the bits are gathered up, the stop sign is replaced, the police cars and Officer Kevin is gone, the ambulances are long gone and the girls involved are on their way, one crying, in short spurts, feeling her head and the other is off to the dentist to check on dental stitches she got yesterday, disturbed by the crash.

City employee fixing the stop sign on the spot

The two tow trucks are gone too and I am left here in silence on the porch to ponder the dream I wrote about yesterday where a man was killed and died in front of me and I was so emotional in the dream. That old synchronicity has hit again. How honest can I be about what my dream is saying to me? What does it take? The hair of my house, the hedge, is not hurt but there is something here to be pondered again. 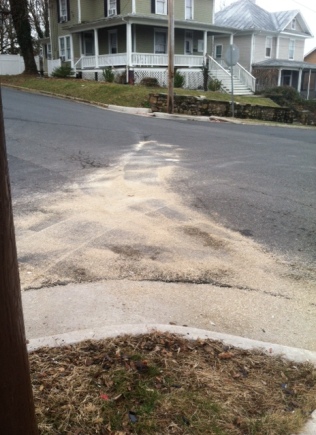 Where the car entered the yard.

My dream has taken on new life again falling open in the vacuum created by the magnificent return to normal, as if nothing happened, down to the fine detail of car fluids soaked and swept up. My hedge has joined in the complicity and is trying to upright itself in spite of the smell of its sap left in the air. Both girls have gone on as normal, with an occasional whimper, with a track of blood. Maybe that is some of the lesson for me. To not go on as normal when I have such a dream as that last one, to not go on as normal when something dies in me, that brings me in touch with deep feeling.

City employee fixing the stop sign on the spot

The fire burned bright and true.

And if you want to work on some dreams and get out of the cooler damp weather and consider what the opposites in you are doing, be sure to let me know. I look forward to working with you. Love Rose. 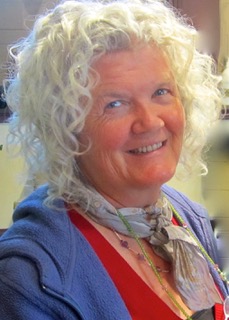