Mariah at the Hedge School 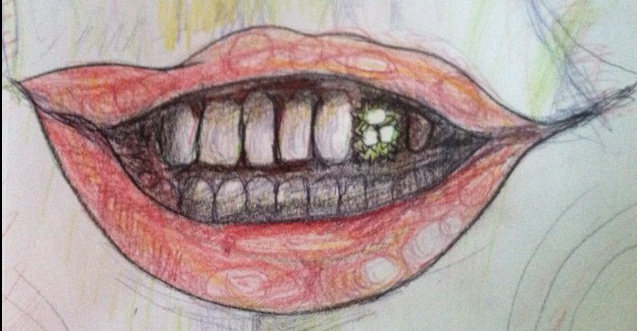 Happy Halloween from a dream

There was a formal gathering forming at the Druid Bernie’s hedge school and  Mariah decided to stay on and listen. They wanted to talk politics and Bernie would not let them until he got out his spiel. “You have to send love and light to the leaders, even if you do not like them. Love your enemies is the injunction. So send out love to them for two reasons. Firstly so you draw that love energy of God down through you and send it back up across the solar plexus, through the heart and out through the third eye to your enemy. In this way the love, the prayer blesses you twice, crosses your body twice. Then it goes to the other and comes back to you as a lovely cloud of love. Boomerang! What is not to like about this! 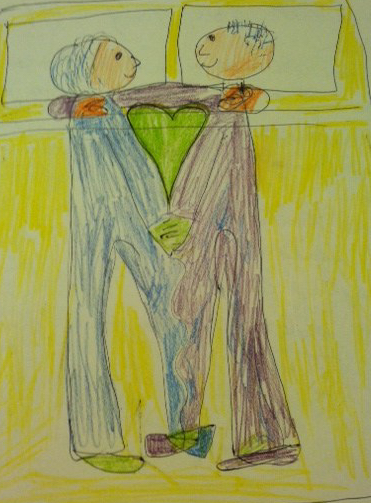 What is not to love

Secondly, if you send out those hate thoughts, to that person you are hating on, they are waiting for such energy to build their empire on, those negative thoughts are what that enemy relies on and feeds on. So do not send those dark thoughts to them. Besides, when they boomerang back, they hit you full force in the face again even as they did on the way out of your third eye, and now coming back to you as well as crossing the body twice before you send them out. 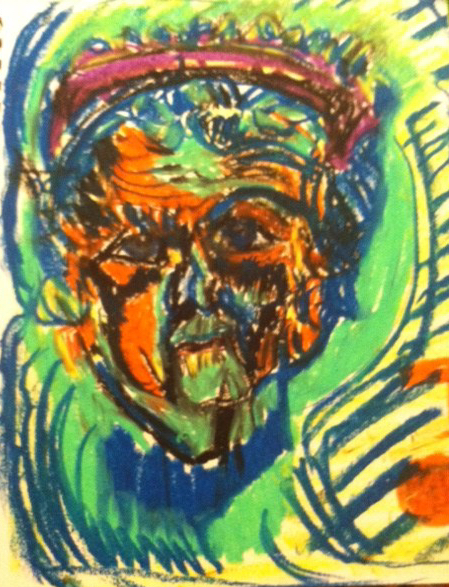 She might be harboring a few negative thoughts but the eyes have something else.

That is one of the great laws, and should not be ignored. You cannot be luke warm about this. Spew those negative thoughts out  before they get a hold on you.” The Druid Berney was out of breath and paused to have a rest and a smoke. Then he continued: 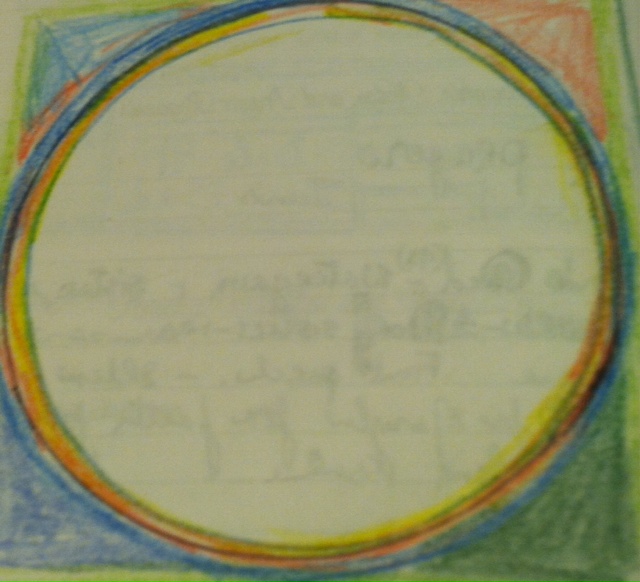 Holding in the light

When you send light to surround a person, when they are all lit up, then everyone can see what they are doing and take away the support for the thing they are doing that is wrong. Win-win situation.” There was a certain amount of quiet after this and the political debate was arrested and Mariah was glad.  She basically always liked to stick her head in the sand about such things wanting to have her less than love thoughts squared away for those nearer her nose.

Other things they talked about were how being out in the fresh air, traveling in nature usually cures anything that ails you. It helps overcomes some natural fear of being out alone. When you are outside then comes that uplifting, that upwelling of energy leaving you with a feeling of peace, that energy that brings up the grass again and again, reliable, underfoot, a great miracle. Others really liked the dawn and spoke of the lovely light that happens at that time filtering into the brain, bringing understanding of things much greater than the individual’s little concerns. 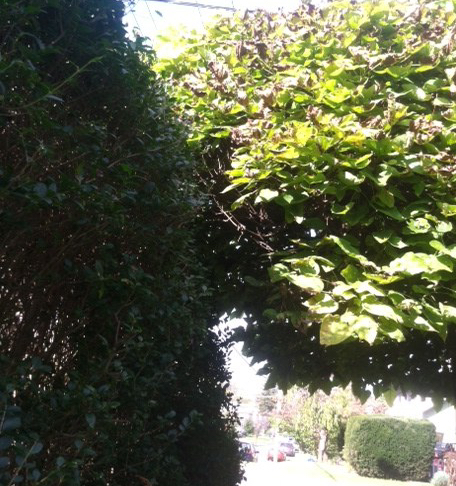 Mariah was in bed later not sleeping, listening to some gentle snores from Uishneach.  She decided to do the exercises given to her by a shaman to help with her stiffness. Sometimes the shaman looked like a woman and other times shape shifted into a short man with bangs and longish straight hair and big square teeth. Mariah was going over all this, thinking she was over imaginative and at the same time doing  the stretching. She  hummed and she said prayers for short periods that corresponded to the amount of time she was supposed to do them. Sometimes she stopped both these as she found areas or spots on her that were tense and tight. 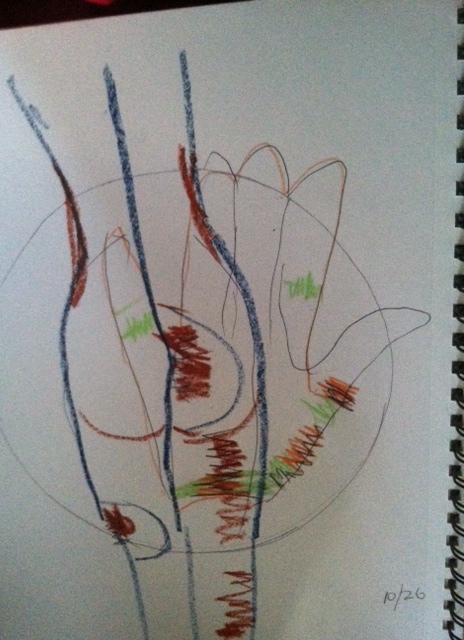 Working on the body

She got a glimpse of royal blue and white and somewhere in her midriff she saw the yellow crescent moon shape. She followed the eight shape at that area and was surprised to feel its movement, an energy swinging around in her yellow center. When she worked on her head and the back of her neck, which was also in its own stiffness, she ran her fingers in a line up the center of the back of her head, her elbows close to her ears and noticed her hair was making quiet a noise of its own like waves of the ociean going in and out. As her hands came over her brow, some of her hair flew onto her face almost frightening her. At this time she noticed the hair had a connection down her trunk, out each side of the spine and down over her rump. It was fleeting but she is still pondering the whole experience when Uishneach woke up. 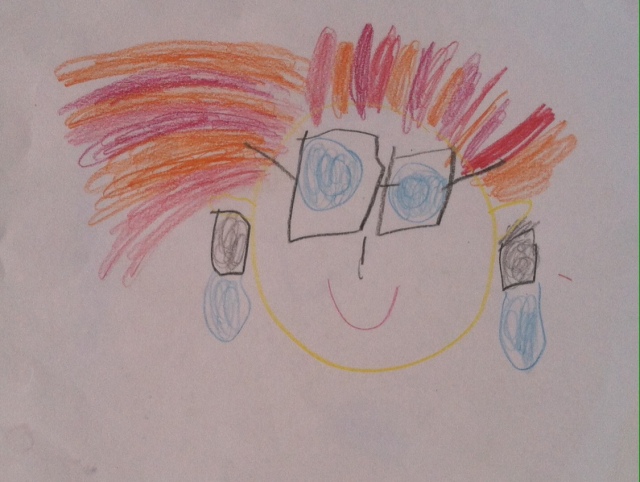 When she told Uishneach about the whole experience he seemed to think it was his due to make a laugh and suggested she was growing a tail. She suppressed some rudimentary remarks about his tail and turned on her side, on her side of the bed and was soon fast asleep. The end. 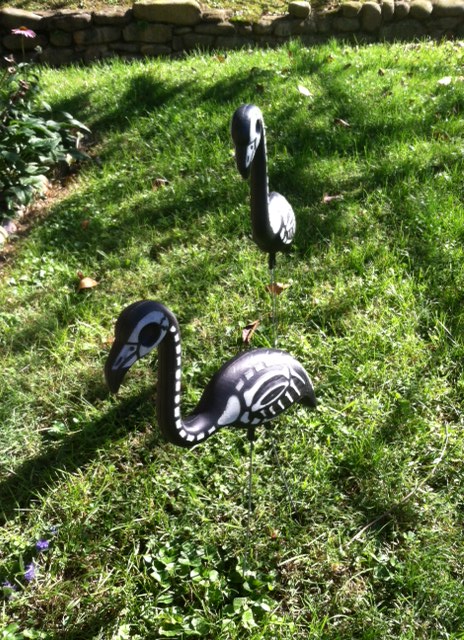 Rose had a dream about twins, who have moved into her house and there was an argument about who paid what and how much and it was going to be based on the square footage of the house and who used which rooms etc. The yard was even included. It was triggered yesterday by talking to someone who was one of a twin and dreamed of two men, one light and one dark, who were threatening her. 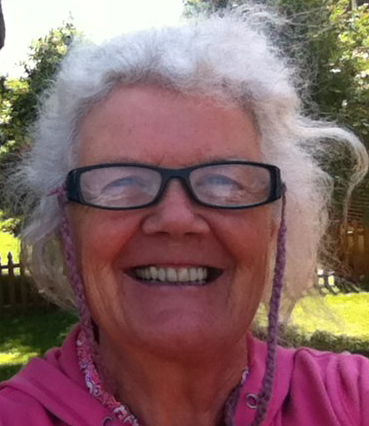 This is a case of Rose’s unconscious levering open, triggered by the symbols of the twins from the day before. Rose is pleased to be graced by a dream again as this is the first clear remembered one in a while. 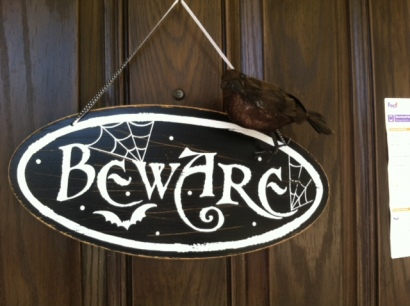 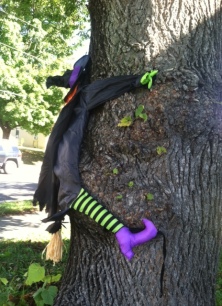 And if you want to come and associate to your dreams for an hour, as that woman yesterday did, I will be very glad to supply the questions that will get you into seeing what that aspect of yourself is up to, what it is holding you to when all the time you are wanting to be freed from those difficult shadow aspects of yourself. I can be reached through Psychology Today where you can see my credentials. I can be contacted through this site also. I look forward to hearing from you. Please like if you do and a comment or two will always be appreciated. Sending out a prayer for you. Love Rose. 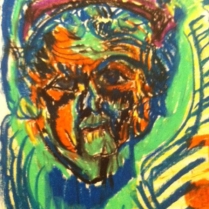 She might be harboring a few negative thoughts but the eyes have something else. 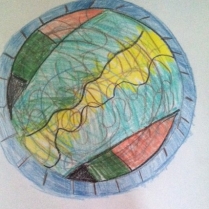 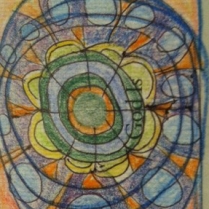