Violet Blooms at my house surprising me

May is a beautiful month in Ireland, when all the “May bushes” are in bloom with white blossoms in all the hedges, under which the lambs are cavorting and gamboling. The huge wheels of pale primroses, on the dark mossy railway banks and on the avenue out to the road are gone for another year.

Here in Harrisonburg the street continues with marvelous flowers coming up in all the gardens, both old and new. The beauty of the soul of the people here comes through in their spectacular gardens. 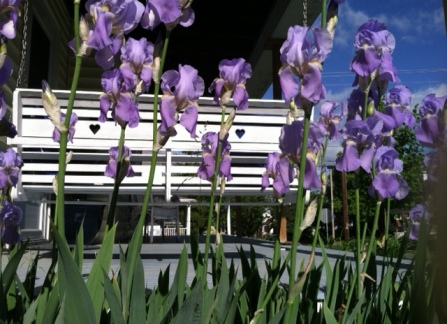 The bike is happily standing by its pedal

It is BIKE month also and I have been out on the bike. The purple flowers and the bench with the little hearts cut into the woodwork arrest me in my tracks and I am trespassing to get the best photos. 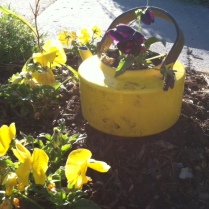 Not for tea any more 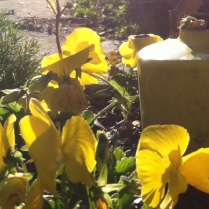 He set out again on his quest and he came to the Hill of Uishnach, in the very center of Ireland.

He saw a ring of mushrooms in a field, indicating to him some special energy in the ground there, that attracted help him on his way. He ate a pile of these white caps mushrooms and was very satisfied with his feast in the fields.

On the Hill of Uisneach

Four horses, came by to eat the mushrooms and looked kindly with their big dark eyes on the sleeping fellow.

He dreamed that the mushrooms became the earth and he ate handfuls of it and that the sun’s light pooled at his feet and he drank it up. A white bird gave him a golden crown with the words “A growing light” printed on the inside rim. 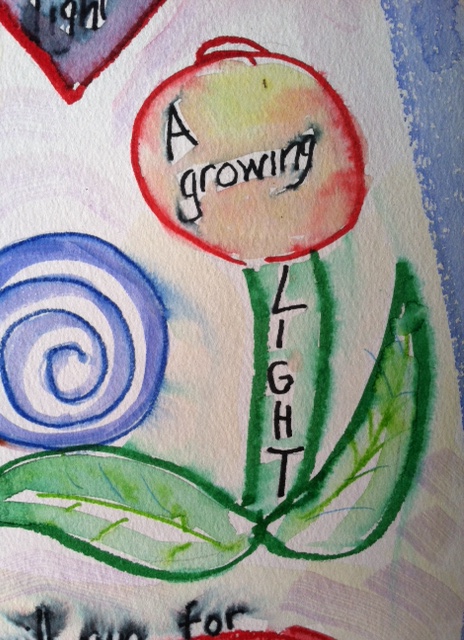 Then he was taken by a greening rope and turned into a growing tree with a beautiful smooth bark and much dark earth all around the bottom in a circle where a woman tended the roots. He moaned deliciously in his sleep, as his branches reached upwards.

He dreamed he became a living tree

He was weary when he arrived home, empty handed except for the dream and some mushrooms, which he put on three “trainins,”  plantain grass with seed heads on them, that prevented the light mushrooms from falling off the end. He played the ancient game of Quadlore with his wife that night and there were great opportunities to be unkind.

A flower from her garden

It was useful when she started to look for the word “love” in her letters but when she could not find the “e” letter for her hand, she forsook it for other words and ended up with war, quid, zit and ax. The zen word came with a flourish at the end to him, almost giving him a win. She wished him luck, and a warm feeling descended on her, and that night it was a draw. 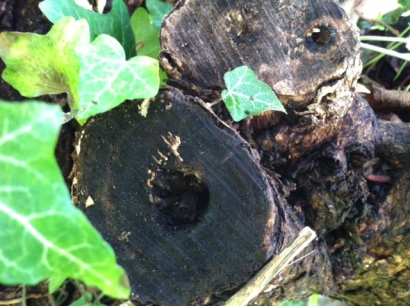 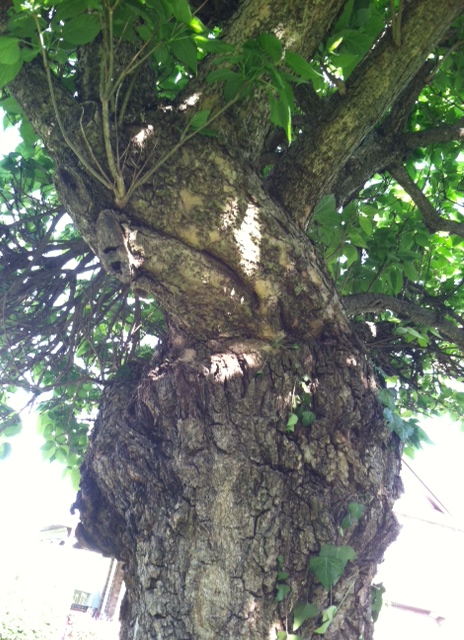 At the 9 o’clock bedtime, he discussed his dream from earlier in the day with her, hoping she would figure it out for him. She was concerned with making a story out of her disparate words gathered in the game. In the end she settled for a doodle.

She did not pay much attention to him and the yarns of his day. She gave him a dream leaflet and invited him to draw his dream, which he did upside down.

He drew his dream on the dream leaflet

As they went to sleep and looked at his drawing they saw many things in the drawing which they talked about among themselves. They were soon snoring in unison.

Patterns from the house beside the yellow kettle

When Rose woke up the next morning she was very sleepy and only vaguely felt her husband tugging on the bedclothes, three times, to make up his side of the bed. When she got up, she noted the bed was not fixed at all, on his side, so she went about puling and dragging it into shape all by herself. Maybe she only dreamed he pulled on the clothes three times.

The Quilt – Artwork by Justin McNamara

She was puzzled with the dreams of the night, which brought her back to her homeland. She resolved to mull over them as she made breakfast. She could have sworn there were mushrooms in the fridge, but she never found them. Ah well, she would have to buy some in the market or the Coop to satisfy her longing.

May you find yourself on the magic Hill of Uisneach in Ireland, in your dreams, with the wind at your back and a path of mushrooms leading you round and round until you come to your own inner circle where you find a golden crown twinkling at you from the grass and some deeply meaningful words inscribed for you on the inside rim.

In the meantime, I would be very happy to meet with you in my therapy room at my house, where your dreams will be opened and peered into like the gold mine they are. My contact information can be found on FindaTherapist.com.