Leprechaun and game of Bones

Tea cosy by Molly at the market

There was a party and Mariah and Uishneach went and sat at the table with the Bones games. This kind of activity brought them together. People, who were very nice and proper, had a chance to be pushy and competitive. The Barn keeper suggested she was glad there were not any battle implements under the table, as someone might take them out and use them. Two of the men broke briefly into song and into the same words together, about going to the hills. There was lots of laughter. The game was set on bones on which there were dots that had to be lined up. They were the elder crew and they left early as it was their bedtime and it was a cold night for traveling.

Sun and moon are eyes of heaven she thought and even though the sun was gone down in a blaze of glory earlier, she looked up and thought of God in the sky. She was struggling to find God in herself and thought that there might be a sky within her cavities, the head cavity, the chest cavity and the pelvic cavity. The blueness within brought brightness to her walk with Uishneach. 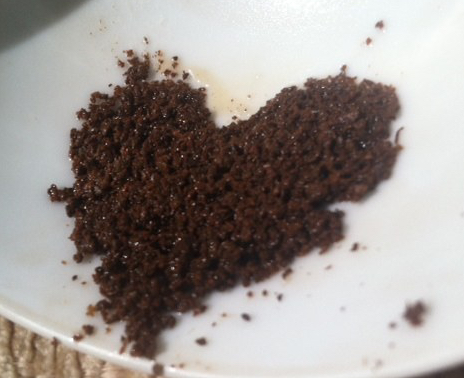 The tealeaves telling their own tale.

She noticed a wave that went across her chest in her prayers and wondered if it was a wave coming out from the heart, the one that travels along her arms and out into her fingertips. The wave up and down the spine also came to mind.

A wave over the heart area

Then she notices how she skips past the sky in pelvis cavity. Her mother came to pray with her and Rosin Dubh when they had started to grow out of absolute childhood. She stood over them and said “cross your arms over your chest.” They did not know what she meant so she showed them how to do this, with the arms crossed over the heart chakra and the hands on opposite shoulders. And keep them that way when going to sleep she offered as she started her rote prayers and knelt down. Her mother left, her dark brown wavy hair down on one side of her face, half covering her contentment. So now when Mariah feels the energies rising through her pelvic region she skips that area and sees it only in her head. She knows she has to get busy  getting out demons and trying to get some diamond stars for that sky.

Mariah is trying not to shrink with the passing of time, to refuse the pull of gravity, to pull out the plastic tightness that would shrink her some more, to absorb more water and keep her youth and beauty. Sometimes she thought her rigidity was what kept her together as she frantically went about exercising some more. 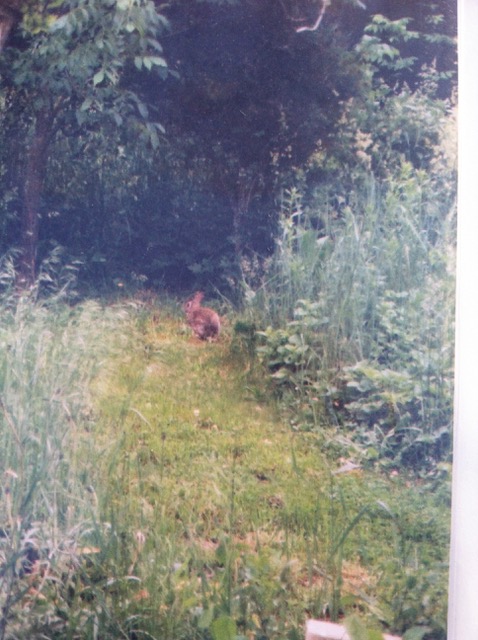 After all this thinking she was home and she was hoping the walk had warmed Uishneach so that he could help thaw out her feet which were blocks of ice again.

The teapot Rose got from Sally

And Rose the next morning gets ready for the day while mulling over a dream about getting on a bus in Katmandu. In the bus it was so hard to give voice to where she wanted to go. Her male bus drivers spoke a different language. They gave her a device to search. They knew now much she disliked such devices, such searches.

Maybe she would go up high to the place of the temple, where she had a good view of the Himalayas, where the beautiful Buddha were enclosed in alcoves with locks on them. Up high there is no travel to be done, just sitting in the meditation posture until she brought together the opposites.

The men in the dream are part of her and not helpful. These men like to drive the bus and not be concerned with where her feminine wants to take her. They like to live out behind the scenes, stay down in the city, getting in a mood if asked questions, having opinions and manipulating the energies, going back and forth endlessly. When would she drag these energies in herself up by the scruff and let her feminine side have its way instead, sitting on the Mountain, no longer locked in alcoves but free to look out into the distance of the white capped mountains, through the prayer flags and through the prayer she is saying.

I am excited to do a little more writing and hope you enjoy my jargon about the dreams. I am always glad to hear from my readers and even happier when I have a chance to consistently work with someone who is in earnest about getting into the space of the unconscious and bringing together the opposites in themselves. Let me know if I can be of help in making space for you while you make space for your own healing. It is what I am cut out to do. I look forward to hearing from you. Love from Rose.

Checking out the weather in the morning and the cat on the porch chair.