The Long and the Short of it all

If my mother thought I had put on some weight she would say  “beef to the heels, like a Mullingar Heifer” The other insult that was thrown around was  “a long low butt, like Joe’s Leagh’s dog.” My sister Mary was wont to say this to get a good laugh going. Rose learned about herself through these general insults, as her height would be woven into such stories. Her legs were short and her body long. Once when Rose was about eleven and was spending too much time trying to hang out with an older girl, this girl spent ten minutes laughing at her “button nose.” She learned some good lessons through it all.

When Rose was gestating in the womb, her mother did not tell her father that a new fetus had begun to grow. When her mother was cutting her father’s hair, he poked her belly and asker her if she was “with child.” My mother was five months pregnant and got a fright and confessed.  Rose sometimes wonders if she felt the rejecting poke at that time. Her legs refused to grow those last few inches awarded to her siblings. Her mother’s legs were short too. Her father died of the “black flu” when she was in her mother’s womb, maybe a little younger than when Rose sustained her father’s poke. 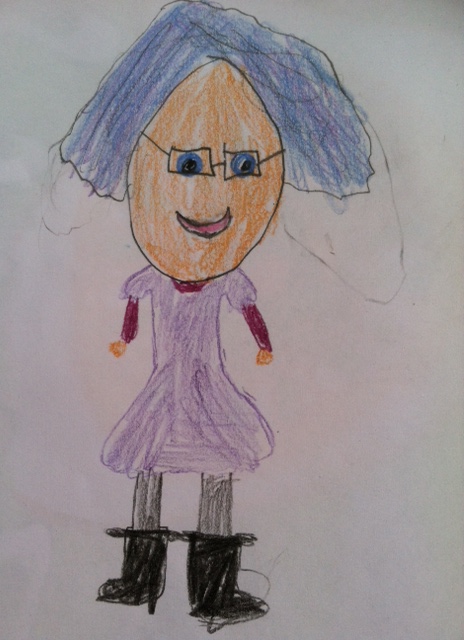 As well as being short, her legs give her all kinds of pain focus. The shamans had the belief that the legs had to be a problem to be a shaman. The pain brought its own awareness with it. So she smiles now and says it had to be, in order to be a good shamanistic dream interpreter. Druids studied for twenty years to be accepted into that priesthood. Rose is studying dreams for more than twice that amount of time now.

Rose thought her leg pain was a big issue since she was in her twenties. And this caused her to make all kind of decisions that might heal her, around doing meditation, experimenting with diet, exercise, healers, physical therapy, massage, etc. One of her health care workers said in the recent year or two “you know your knees are deformed.” Rose examines them for such sentence and catches a glimpse of them at times in large plate glass windows in large cities. She smiles and knows they are shaman legs now. 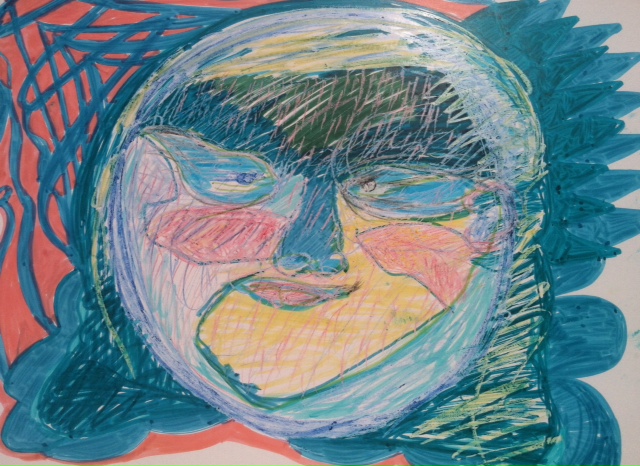 Rose still asks people for the dream of “last night.” The nearby fenced-in bull dog was barking up a storm and this caught Rose’s attention while typing. The cause of all the barking was a young woman walking her little dog around the block. She, the dreamer, was frustrated with her dream not being too clear. Rose was happy to hear it. She said it was about “being in band and having to fight to get into the band.” When asked by Rose if she was Christian she said yes.

This beautiful young girl did not mind if I took her photo.

Then Rose linked the dream to her spirituality. The dream says she has to put up a good fight to become one of the band of Christ. She liked that. The question Rose had for her is “What would that look like for you, in the here and now, to take on that fight that secures you into being one of that band?” She is right on the cusp of adulthood. She said it was sweet to contemplate her dream in this light, that it was not a meaningless dream.

Rose sat out in the morning light, and felt peaceful, as peace dropped onto her from the tall walnut tree. She could feel it dropping from the breaking dawn veils of the morning, dropping slowly and peacefully from where the birdsong accumulate in the tree above her, among the star shaped walnut rings of leaves.  It helped her pray sincerely for peace in her self, in her home, in her family, in her work and in her neighborhood. May peace be with you my readers and may it scatter until all of our peace veils connect. 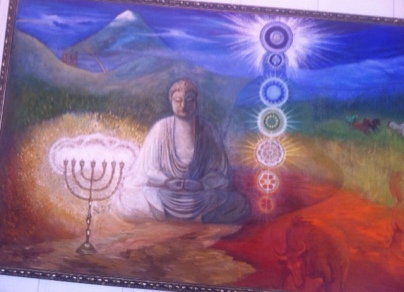 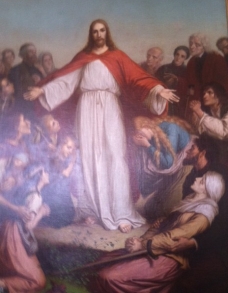 Painting from back of Meditation Room at ARE

So if you have a dream and want them thrown around in the beautiful air of this marvelous breaking in summertime, call me for consultation. I will do more than lean over the deck and talk to you for a few minutes. I will be happy to look at your dreams in your dream journal and link them into working for you to bring you to a new understanding of the Spirit working in you. Love from Rose

Getting on a boat to visit Lough Ree

Photo by Anthony on Pexels.com