The entrance though the hedge

The hedge in Rose’s front yard, was trounced with a car crash. It is now leaning in all kind of directions. Rose tied it up to make it back the way it was but that is a waste of time mostly. The hedge insists on showing its scars as well as the fact that it is full of life. In time it will fill out with its own shape again.

A car landed in the hedge

Like the hedge, sometimes the ways of the parent leans heavily in unbalanced directions on a child, whether it was drinking or anxiety, desertion or abuse.  What will it take to grow straight into self minus these leaning energies, opinions,  patterns and personality of the parent. What will it take to attract a better mate than the image given by the parent patterns. The question is to find out how to clip out some bits and pieces, and let the natural self rise up in its place. It will involve a period of time to take out the pattern of being leaned on in the wrong way. Like the swans in Co. Westmeath, time is involved. Like the hedge in the front yard, time is involved.

She found red things but not the pocket book 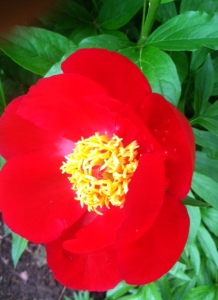 Rose has lost her little red pocket book somewhere. She has not been able to find it. One night she dreamed it was blending in with a red quilt on her bed, which does not exist. Rose is fairly sure it is not in the house but may stand corrected later. Her credit cards are put on a soft hold for now. She has some talking to do with herself about financial matters but is putting it off. Maybe the loss of the purse is her unconscious’ way to get her focused.

Sometimes she has to go where she does not want to go in order to resolve her issues. She wrote a letter and it helped her decide what is and is not important. It was helpful. She talked to two Divas friends of hers, and that was helpful also. She felt more at ease about the issues, with a very definite plan in her grasp.

Gifts of the Spirit

A representation of the Animus, from a woman’s dream. She is not connected to her inner male energies and may need to be grounded as her lower half is not in picture.

So next morning, after a whole week of searching high and low at her house, her work and her car, she had made up her mind to get her driver’s license again and to report her purse lost or stolen. She also went through a wide ranging number of scenarios, about who might have stolen it, why, where. No body was safe. Rose remembered she had brought it to the car of her friend when going to Qi Gong exercises. After searching this friend’s car at dusk on that first evening, she did not find it. So she doubted this memory. 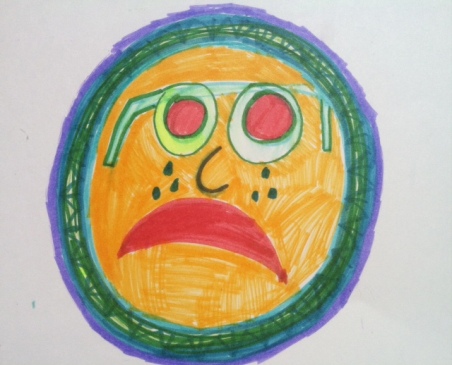 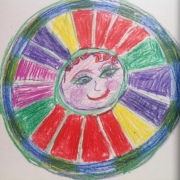 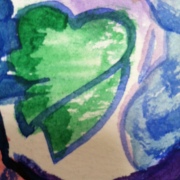 She had a strong feeling it was not in the house. She tidied away everything and as the pocketbook is six by four inches and with a long red strap, it could not be concealed that easily.

It was with some delight she received a text from Elizabeth that her pocket book was in her car behind the driver seat hidden under other stuff. She had found it there when looking for something else. Rose did not look in the back of her car, as she was certain she had it in the front seat and while she thought of putting it under the front seat she changed my mind and put it on the arm rest. It fell down at some time toward the back and was hidden there in the dusk when Rose looked into the car.

He had beautiful eyes

The story teller from the west 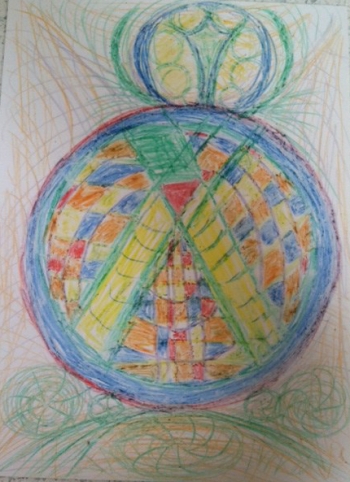 That pocket book stayed away a whole week, the amount of time it took Rose to change her attitude about some things. It does not mean she has to ignore boundaries, but she does have to have a good attitude while working with them.

Rose went to two of the Bach Music Festivals’ Concerts, held here in Harrisonburg at this time of the year. The players are magnificent at the music is. The girl sitting beside Rose in beautiful red had tears running down her face. The noon concerts are held at Ashbury Church and a full house listened in rapt attention to the players on piano, and on stringed instruments. Rose closed her eyes and breathed this music into her body and it found a home in her bones. 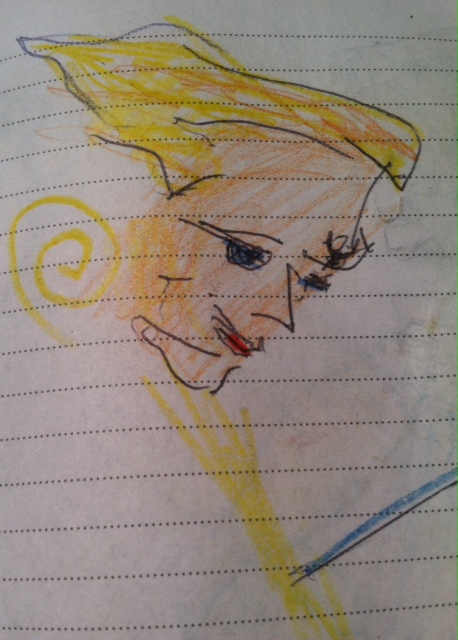 On the street there is often a slightly muffled sound of a practicing band across the way. It brings back sweet memories of when her children practiced live music in her house for many years as they practiced their pieces and perfected their abilities. 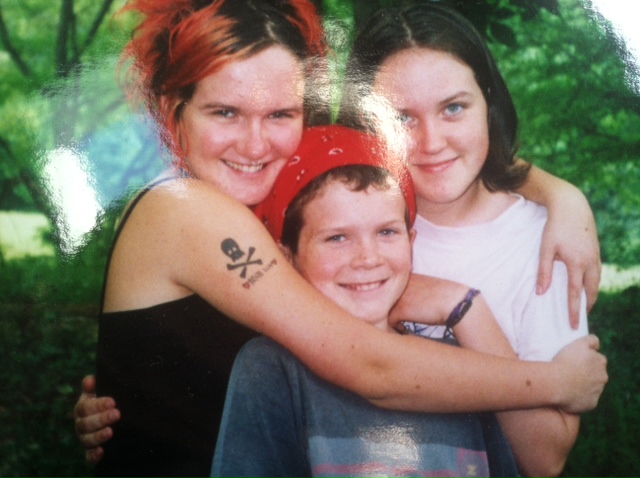 The House Musicians – Piano, Drums and Guitar to name but a few.

Rose got a dream from a concert goer who was writing her goals in her journal. She told Rose of a dream which she had twice recently. It was one of flying above the trees and she had a peaceful easy feeling both times as she was hanging out there above the trees.  Rose asked her about her spiritual work and she said she was meditating regularly since school let out. Rose considered the dream as a gift to reward her for her efforts at meditating, letting her know that peace comes dropping from such efforts.

Peace Place beneath the tree.

After doing a water arobic class this evening Rose was treated to her final dream of the day. It is difficult to say “no” to the church of childhood and life without a ton of guilt. She told Rose that she had heard a voice saying “You have permission” and that brought tears streaming down her face.  The dream brought an image of a phone that was totally saturated in the water and there was no use trying to revive it now. The dream was a confirmation that she cannot go back to her former expression of her spirituality.  She is finding new tracks and new paths now.

Photo by Anthony on Pexels.com 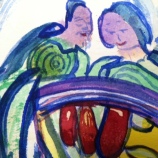 And if you want to find new tracks and new paths do call to schedule. I look forward to hearing from you and working around the places where your own peacefulness is waiting for you. Love from Rose. 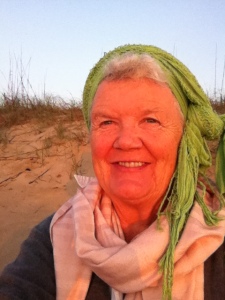