She meditated in her office space getting ready for the day. She invited  or rather got out of the way of something shining down on her and found something to weep about that was stored in her cells, some old and some recent memory storage.  It is so peculiar what we find to weep about. The release felt good as it came at the time of quieting herself. Only after she wept was it left down at the alter. She hopes it will not bother her anymore and if she is tempted to go down that road and get in that hole again, she knows what to do to get out again. There is the promice, “I will bring everything to your rememberance” before the light obliterates it as the stuck memory it is. Stuck because she gave it much growth space in her, watering it with emotions, fears and tears, firing it with energy, airing it with her talk and of course growing it in the earth of her being. She might have to be often in meditation to keep ahead of her memory patterns. 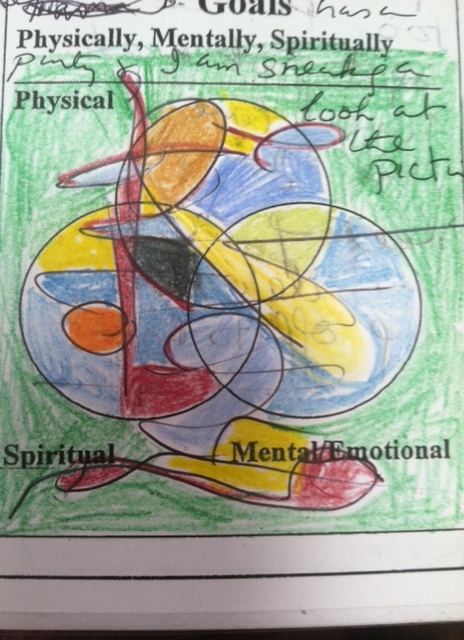 Rose has a client who told  her of a song that is on her mind all week. The client did not have a dream that week.  They sang some version of it to make it real in the room. This week Rose has been singing in my head “I am going to the Chapel of Love.” The Chapel of Love corresponds to the Pineal gland in the body and in Revelations, it corresponds to the Church of Philadelphia. It is said to be the chackra in the body that is never corrupted by what ever decisions, choices that are made by the person. It is the place out of which the soul climbs after the life is over. It refers to Holy is Thy Name in the Our Father.

The geranium has put up two blooms and have put out the beginnings of a big bunch of delicate pink flowers and overnight it has put up two more flower heads. Rose is pleased, as if she gave birth to them myself. The earth, water, air and sunshine are all getting together for this flower. There is one little weed growing alongside it in the pot that she like to nibble on as she passes and praises the flowers. She poured some cold coffee water on them about two days ago. Maybe, like Rose, a little coffee was all they needed to be creative, give birth. 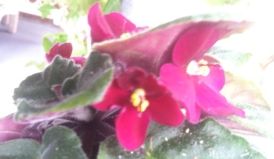 From Samie’s garden next door.

The beautiful pink of the lily

Rose has an old friend with whom she has reconnected after twenty years. She gave Rose two bags of books, some Edgar Cayce titles. Her brother collected them for her, because of his precieved desire to fuel her interests,  and she is in her nineties now. There is one book with a big section on dreams edited by Hugh Lynn Cayce called Edgar Cayce on Dreams. Rose found Hugh Lynn’s selections and his explanations easy to read. She was encouraged to see Edgar’s (Hugh Lynn’s father) interpretation and feels she can learn from his spiritual way of interpreting the dreams.

Some years ago Rose had a girl tell her that Jesus came to visit in her dream, in blue jeans. She had an active spiritual life that included prayer, meditation and active church affiliation. There is a dream of God coming to visit in above-mentioned book.  The dream God did not let the dreamer away with much and the dreamer became truthful as he realized that God knew him inside out. 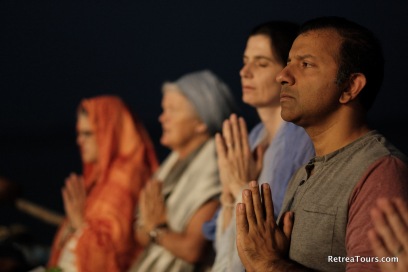 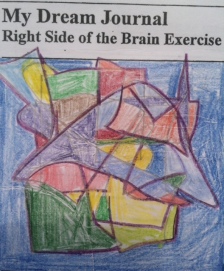 I attend a poetry group led by Susan Facknitz, Ph.D at Our Community Place in Harrisonburg. I worked with the prose about a meditation (See Early Morning Meditation) that morphed into the poem below:

A sideways fan of light

Sandwiched between the Walnut trees

Shines in her eyes

The sun rays rest on her heart

Over all plans and controls.

Mirrors in her the seed of her soul

Into its flight through the branches

Knows what way to go,

What shape to be, to hold the light

The sun blinds her into closed eyes

The sun moved higher into other branches

Into her arm bones

In the truth of the tree

The Walnut was so satisfied to be sat under

It threw out all it got around her

Drops oil into her cup

Rolls down through her

Until she is danced on

by a thousand tiny bird feet

Pushing her back to the womb

Where the original smallest crookedness

She watches the oneness of a leaf

Spinning free of the tree

There the tree took her in

Let her feel the roots and the sky

Where the go around is golden

Where the straight is light.

A dip in the River Bein

And if you want to work on your dreams, practice meditation daily, have an inner life where one eye looks to your outer world and one to your unconscious, then be sure to call me and start a new journey into your inner space, where the go around is golden and the straight is light.  Love from Rose.