Leprechaun and the Key

She, Mariah, knew that he, Uisneach, had a plan but as usual she did not know the time or the hour. She was out at the line folding the bedclothes when he came by. He took the four corners of the quilt she was folding, She has spent a long time proudly putting it together.

The quilt started to billow and he started to rise into the deep blue sky. She knew he was going, she just could not believe he would be taking her sewing project with him.

She immediately knelt down to pray to get the quilt back but after some time she gave up, as no amount of beseeching, pleading or ordering helped. Even her favorite prayer did not work “ Bring back, I beseech thee Oh Lord, my quilt into my heart…”

Other prayers she liked

She was on her own for a few weeks and was immediately confronted by locked doors. She forgot to bring the key with her three times in all. As a symbol she wondered what she was dealing with. One of the pears she got, free offering, from a magnificent pear tree nearby, rolled out of her arms two times, coming to rest on the same spot on the ground both times and she wondered how that connected to the key problems.

The pear rolled into the same place on the floor twice.

When she was finally back in the house she had to make up her bed without her favorite quilt. She found an ugly shrunk sheet, and had to be satisfied with that. 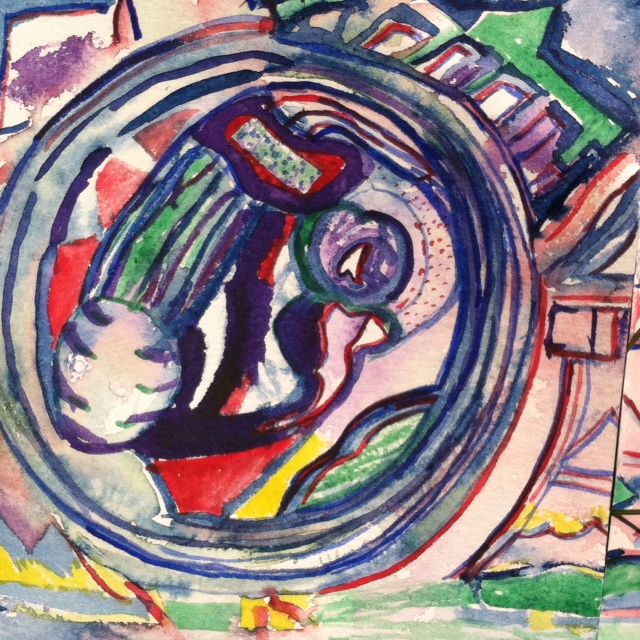 That night she had fitful sleep and in her dream she was lured through a door into the room of the plates. The plates were demanding, telling her stories, gossiping, complaining, in bad tempers, broken, plates high and mighty on the walls and all at the same time. The noise was deafening. It woke her up.

In a later dream she had a big long conversation with the plate that used to be part of the druid Bernie’s household. The plate claimed to read his mind when he was eating off her surface. She was a little in love with his beautiful face and always knew when he was distracted by other women. He was a celibate man and she had to show him visions on herself of his holy mission to bring him back to his calling. He usually cleaned off his plate of the porridge and greens and other fare before she could get his attention.

Mariah woke up early and  wandered into the kitchen and heard her neighbor’s dog crying for its owner who was on some pilgrimage of her own to the beach. She wanted to walk out in the moonlight and console the dog but he did not want her. He was having a fitful night too as he cried and slept in turn.

The sun is up

She resolved to stay up as the light was brightening the morning sky. Later she saw vultures circling in the updraft and the wind was blowing them over her way. She loved to see the big birds in flight above and one came directly over her head where she saw the underneath of its wing flash bright as it caught the sunlight coming up. He moved in a slow rhythmic way away from her after she thanked the bird for coming directly overhead. He was soon joined by twenty four others that circled and moved with the wind toward the south east. When they went out of sight she put her mind to the days chores.

The next morning Rose woke up in a low mood to go with the weather, which included frequent downpours. She knew her roof had started some leaks after the last storm. She was waiting on a quote from a roofer, who was busy. She was caring for her neighbor’s cats and went there after Qi Gong exercises. She fitted in a short meditation before ten o’clock, lighting some white sage and a candle. It was 11.30 before she finished breakfast and sat down to write. She planned to get some more watercolors including sage green, and ultramarine blue. She might go for a swim and when the sun came out she photographed flowers, mushrooms and the lovely wall where she parked her bike. She also edited a poem below about her visit to Cleveland. It describes some thoughts after a meditation and a reaction to three huge bronze statues in the Contessa Gallery. 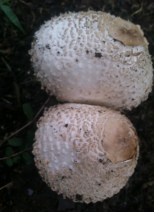 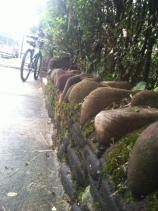 mushrooms near the wall

The pine tree talks to me

Everyone you meet completes you

The sun is up

The blue and the green pour down in ripples

arrest me into a deep breath

A radiance pours forth from their knees

And if you have a mind to find the key to some of your dreams and understand what is standing behind the door of the unconscious for you, be sure to come to my front room and we can pull away and see your path to your interior castle. 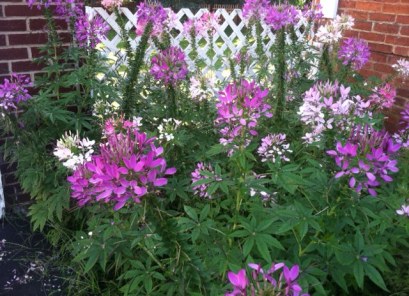 2 Responses to Leprechaun and the Key