This igloo had a door and a chimney. They used buckets to make blocks to make the walls and roof. It took many many hours.

Rose had fun watching the igloo across the way in her neighbor’s yard coming into being. This afternoon even as she went over to get a view of the door, it collapsed and was mostly no more. Here are a few photos of the here today and gone tomorrow igloo. When Rose went over to take her photo, she met some neighbor friends and had a little dream group with their dog in attendance. Repeating childhood dreams were discussed and two more recent dreams that had some disturbing elements according to the person who told them. She advised them all to wash their hand in order not to get her cold which is still progressing. Her croaky voice was fixed up a lot by her hot tea ritual. Her cold is now in the middle phase, sneezing, snoozing, shivering and generally listless by the evening.

The engineer of the igloo and his dog.The dog likes to eat snow

Mornings are good. The sun is shining, and the snow is melting. There is a great sound of trickling water on her sunny porch, where Rose sits, well covered up with woolens, staying warm. She meditated in the night just after 2.00 am and in the morning again and continues to look for the sense of pure silence, the sense of her heart connecting to and stilling her mind. Her breath and bones are settling into telling her how she is connected up physically, mentally and spiritually. She invokes God’s angels of wisdom, power and strength before sending out the light to others. She is working on not forgetting to pray for her readers.

The sun is shining out there again.

She found the missing teapot among the plants, where she left it after serving tea to a client. It held the lid of the green teapot on top. There were too many things on the teapot table, so she had to put it on the plant shelves. Two large dream dictionaries sat there. Her client came with dreams at the ready and had drawn a mandala as instructed. Her drawing was taken directly from one of her dream images discussed in the previous session. Her client liked her cup of tea.

On the occasion of her second session her client did not have another remembered dream but there was plenty of material to work with from the previous dreams and drawings. She drew a mandala in session, which morphed, as she was talking, into six fish in the circle, vibrant colors. She was able to put her own interpretation on what it meant for her, and Rose having worked with colors through her MARI trainings, has some interpretation for the colors. 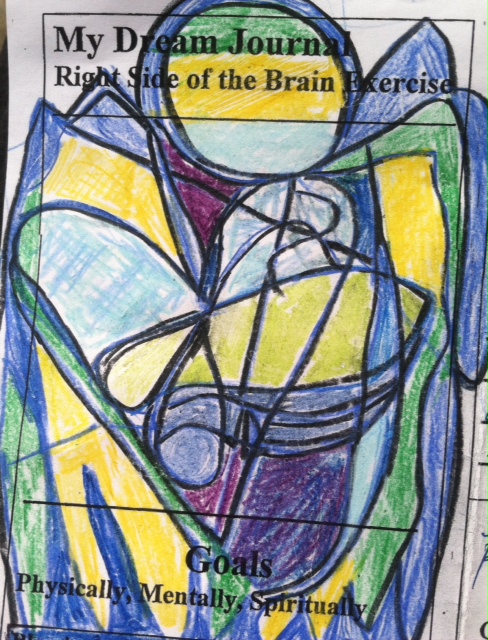 In the 90’s, Rose’s mentor loved her tea and might gossip a little over it. She would serve it with honey and sugar and sometimes a slice of toast. Rose usually travelled three hours to see her so she would be spaced out by the time she got there. Her mentor might administer some ginseng or a cooked meal. When she was ready she was all business for the work in hand. She would then elicit dreams from Rose. Sometimes she would have Rose draw a mandala in session. Rose always brought her own sheaf of mandalas and dreams with her. Toward the end of the session she would ask about the mandalas that Rose brought with her. Then she would choose a few, two or three or sometimes more and give her interpretation. Both would be quiet as she furiously scribbled on a piece of recycled paper, in writing that was hard to read. Rose would take out her book and have her mentor dictate what she had written. This material often connected up with the dreams. 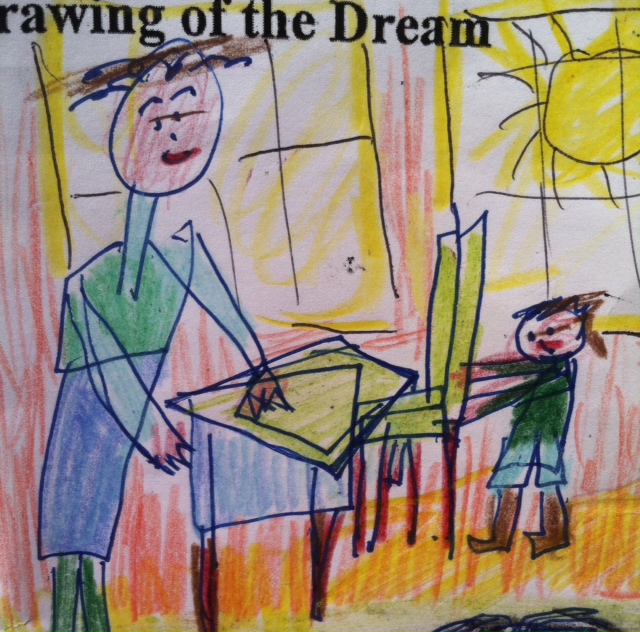 Rose taped the sessions and tried to listen to the very old tapes some time ago and it was surreal to hear the interpretations. They seemed so right and barely attended to at the time. At the end of the session her children, who hung out in an other room with their father babysitting, would come in and the tape was not turned off. It was delightful to hear their baby voices expressing themselves. That was then and this is now so Rose chooses to let those tapes lie for now waiting for the push from inside to take a second look at them.

Rose fills compost into a bag on the counter. The bag sits in a slightly cracked red crock-pot. After she paced some eggshells in the bag, she was using the tap nearby and the bag moved by itself. It gave her a fright, as she was not expecting any movement in her peripheral vision to her left. She thought someone had entered the space. She laughed at herself and thought of that dream of being cared about. Hardly remembered yet remembered through the bag moving involuntarily.

Her filing system leaves a lot to be desired.

Rose is cleaning out her basket of papers, a catchall for all she is not sure she wants to deal with in the moment. It was overflowing, but placed behind her couch, the overflow just slid under the couch, watched by the six aloe plants above in the window. As she made piles for filing, trash etc., she was pleased to find two checks she had dumped in there instead of in her pocket book. Having to deal with a business account is an added something but over all she is glad to have the business put up its head and be counted.

Rose continues to put up her head into working with her own dreams and those of all she meets. Now if someone says for the tenth time “I have a dream for you,”Rose is inclined to give him or her an appointment to work on the dreams. This has been working for her. She also gives her cards to friends and strangers, churchgoers and work colleagues. She also gets some referrals, one from the roofer. Her numbers reading her blog is slowly climbing. Someone in Sweden, India and others from far away places, read her blog. Sixty percent of her readers yesterday gave her a like on her web site, that is, two out of three readers hit the like button on the same day it went up.

The igloo was starting to dive already here.

Rose watched the movie Casablanca last night. It was such a beautiful movie, where you had the right feeling at the end that the right thing was done. For Rose it brought out the idea that true love is eternal and acceptance of the fate that kept the lovers apart at the end was ok by her. She just loved how it all fell together in this old classic. “Here’s looking at you kid,” takes on new associations for her. 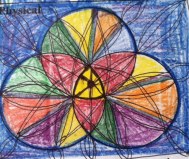 And if you want to cough up some dreams and melt them with the March warming sun and see them take on a flowing life of their own, with attention from you and I , them be sure to call and schedule. I look forward to hearing from you. Love from Rose. 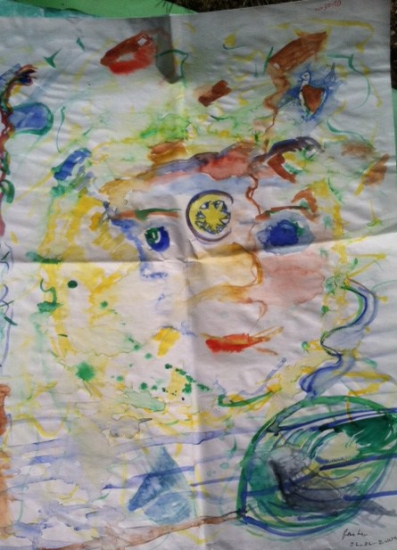 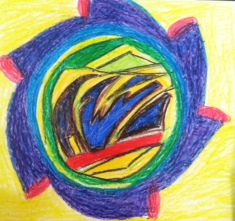