Carrying baggage can get in the way of the Sacred Feminine

It was a cold day in late April and Mariah had made up the turf fire, which now looked orange and glowing and the room was lovely and warm. She had sent for the Druid as she had been feeling nauseated and had to lie down for long periods of time, and did not wake that morning until well after sunup. As well as not feeling well, she saw a big brown something flying overhead that did not seem real. She wondered if she had some fever. Her head ached if she moved. 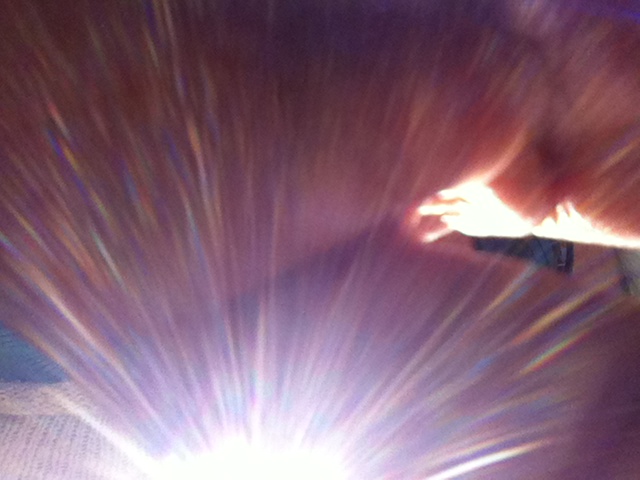 Druid Bernie showed up in the late afternoon. He had the mother hedgehog in his cap, and a baby in each of his pockets. They were playful and came onto her hand easily and he gave her a little morsel to feed to the hedgehogs. She left them on the ground to forage around and investigate her place.

Druid Bernie asked her about her sickness a bit but said little, just listening without comment. Then he gave her a potion for her sickness and encouraged her to drink it right away.

Art on the brick wall in the underground in New York

Druid Bernie wondered if she was not the source of her own sickness, connecting with what was not calm in her mind on a continual basis, causing her stomach to clench up and her head to go faster. “So when you come against a brick wall in yourself, what does it mean?” he said.“Well a brick wall usually means that you have to turn around and find another way”was all she replied. “Exactly” was his reply to that. “Sometimes we think we have the truth, but we have to back step and realize that we need to be in the position where the truth has us. Otherwise the brick wall comes to meet us head on and we end up with an awful headache. Backing down and stepping away from the wall is always a good idea.”

“Especially if it is someone else’s wall” she mumbled.

“No” he said, “when you are sick, you are up against your own shadow wall, and your sickness comes to help you see it. Sickness makes you stop in your tracks, recollect your energy, thrown about by your ego and settle it back into yourself, ready to go on again.”

Then the Druid rubed his hands together and said he would tell her the rest of the story. Druid Bernie continued the Hedge Dog story starting with the phrase “At the end of the Avenue, where the world is cluttered up with boards….”

The hedgehogs thought his story was funny.

But Mariah was distracted by the baby hedgehogs, who had found a crumb on the floor and the two babies were throwing it up in the air like a ball and rolling on their thorns like a ball themselves. The babies had lovely pink undersides. The mother did not mind what they were doing as she had her own investigation going on around a pot of food left to one side. She could almost reach in and Mariah wondered if she would fall in. It would not be easy to clean off that thick porridge from the thorny spines, liquid enough to sink in, not solid enough to step on. She threw a lid onto the pot and scared the mother. All three ran back to the shelter of the Druid’s robes. 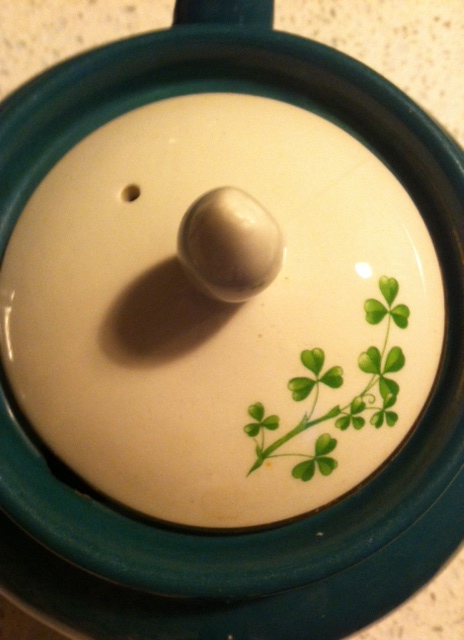 “I did not hear that bit of the story” she said but he decided to make a cup of tea and as he helped himself she fell asleep under the influence of the potion and the heat of the lovely turf fire. He left silently after a short meditation, sending out a prayer of healing for her.

The wedding tent on the left.

She dreamed of a wedding on the Hill of Uishneach and she was one of many brides. She was hoping that some of the others would know what the routine was and she intended to find out from a group of them nearby. There were lots of brides coming to the Hill ceremonies, where weddings, births and deaths were recorded. People came who had tried living with their chosen other for a year and would decide to stay with them or leave them in an official way at the ceremony. 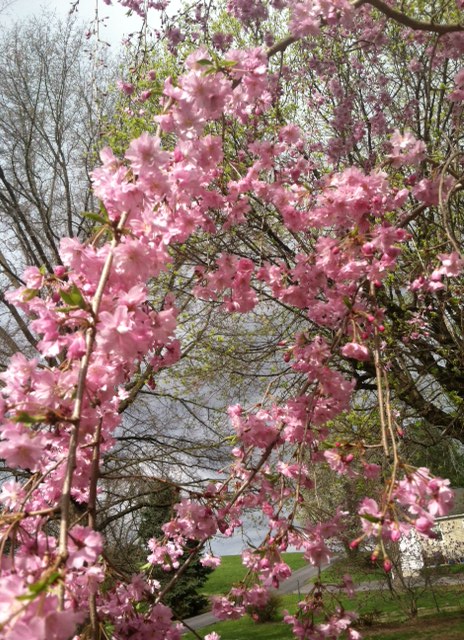 In her dream there was a question of timing and Mariah wondered about this timing thing. It would be something to think about. Then she remembered that other part of the druid’s story, where Posey and her clan had met to affirm their oneness, their reasons for being together, for joy and celebrations and Mariah got up from her dreams and sleeps resolved to let go of her desires, to go back to the prayer “there is nothing I shall want.”  She would have to see what kind of marriage she was making within herself and that would be her focus now. She was feeling much better already. The end.

Rose was caught in some ego stuff that had her by the head and after some serious pain, she was able to empty out her ego opinions that did not belong to her true spirit, but just put her into fear and frozen feelings. Pulling the energy back into her was achieved by enduring the illness. She too ran for the green folds of the Sage’s robes, with lots of meditation and prayer and that was helpful too. Moving from the three demential into the heart center in the fourth dimension is very helpful, only achieved by some serious meditation, brought some sustained relief from her complaining self. 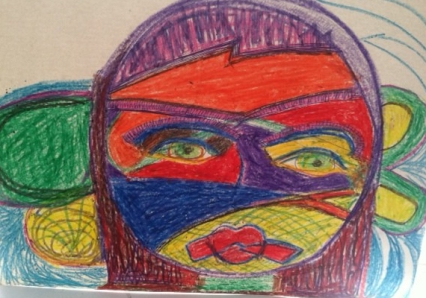 Talking out of both sides of her mouth

The face within the face causing a little headache.

May you, may I, may all be free and in that truth that makes us free. If you want to work on the truth available in your dreams be sure to let me know. It may come in a convoluted way with railroad tracks that are buckling and dangerous, or there may be a rider on a horse, a part of yourself coming that you do not want to include but will help everything along if the rider is considered. 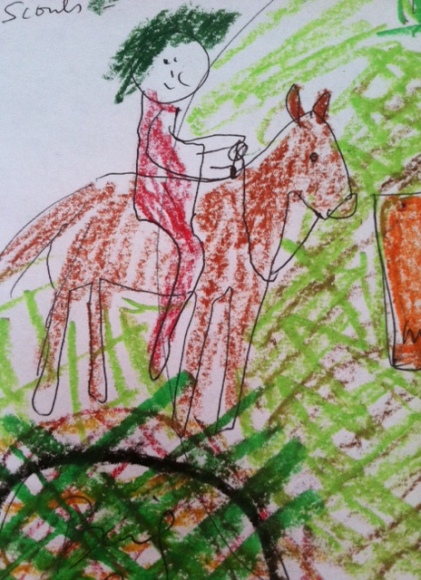 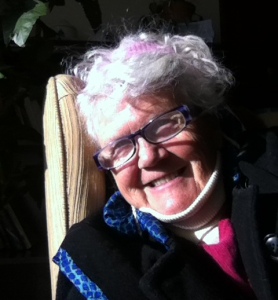 Here is looking at you dreamer

PS. The prequel to this has been changed and is titled Druid Bernie – 1