I Know the Plans I have for You 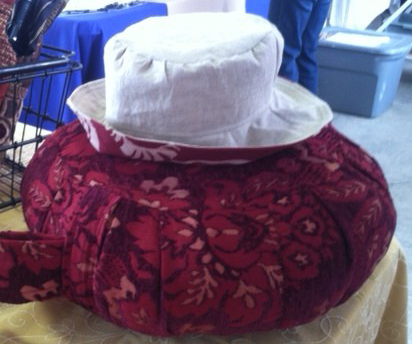 The late spring found Mariah and Uishneach at some odds with each other but nevertheless going about what they considered their own business. She continued to meet with the Druid who encouraged her to meditate and search for the light. Uishneach sometimes paralleled her as he practiced his own disciplines, had his own mentors called the Net of Druids. 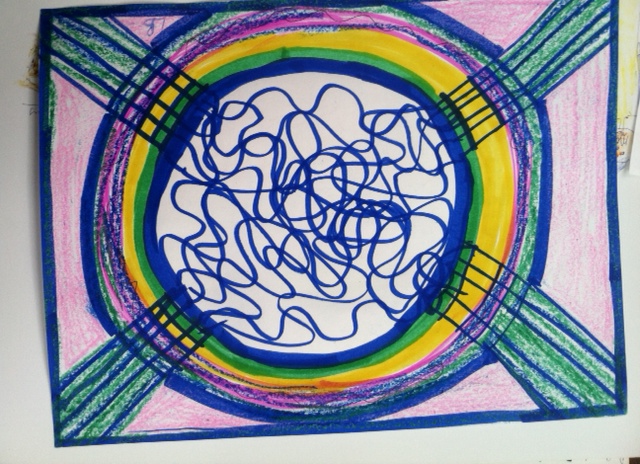 When she finished talking to the Druid, she found a place in the bog, on an old log, near a bog hole, safe. There was the sound of a bubble in the boghole breaking the top of the water, like a lid on a too full teapot, briefly shaking and making a little noise. She hoped the old red fox wound not lollop by her, but she would be ok if a bird landed on her hair looking for a hair for the nest or if she saw a weezel, head up in the air,  followed by her three offspiring, low on the ground,  in the distance. 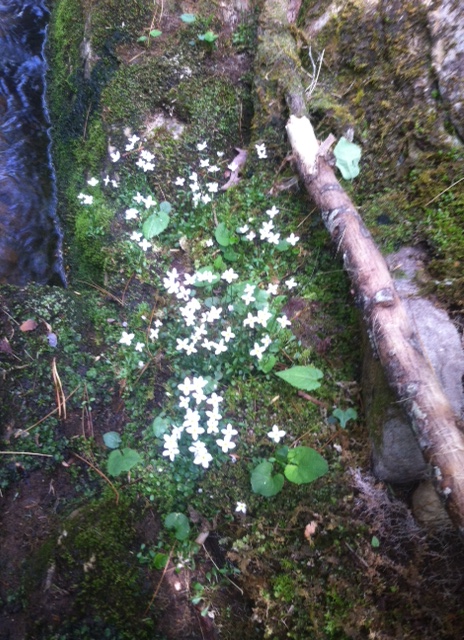 Some flowers growing near the log beside the bog hole

It was here that she shape shifted into a miniature version of herself and fell down into her heart. She was not sure if she was in her chest cavity or if she was in some other space. She felt she had pulled her body off of herself like a shirt, a miniature but still herself. 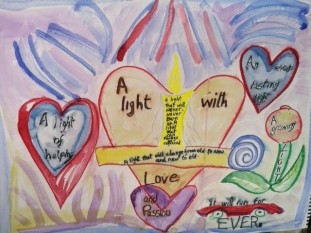 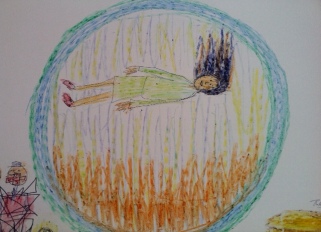 She had just jumped from her ordinary reality into the no ordinary reality of her heart. It was a space of no walls and open to the sky. Her other reality had become as thin as gossamer and as delicate as twilight where she folded gently into her heart and the gates of light swung open in front of her. 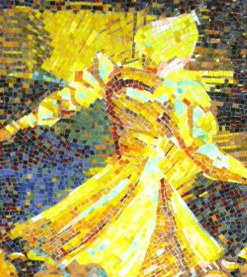 Falling into the open heart space

There she sang a song to her beloved asking him to come, asking and pleading “wilt thou come, wilt thou come unto me, Will my days fly away without seeing you my Lord, Wilt thou come, Wilt thou come unto me.” and his reply shook her heart as she heard “I know the plans I have for thee.” His soft words reverberated in this space of no walls. As she reentered her ordinary reality, she kept hearing the words. It gave her a very warm feeling that this lover had some plans for her. She was often just below this threshold and was so happy to have made it into this awareness of love inside. 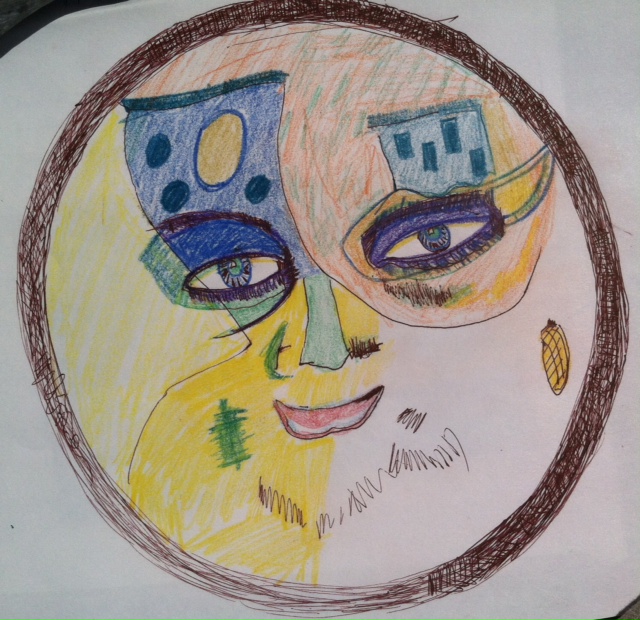 He had beautiful eyes

Later, she was wide awake, when the story teller from the West came and told the best of stories, gathering his people from heaven, hell and earth to people his stories and he was not beyond putting animal heads on his people or putting one’s soul into the consciousness of the rocks. 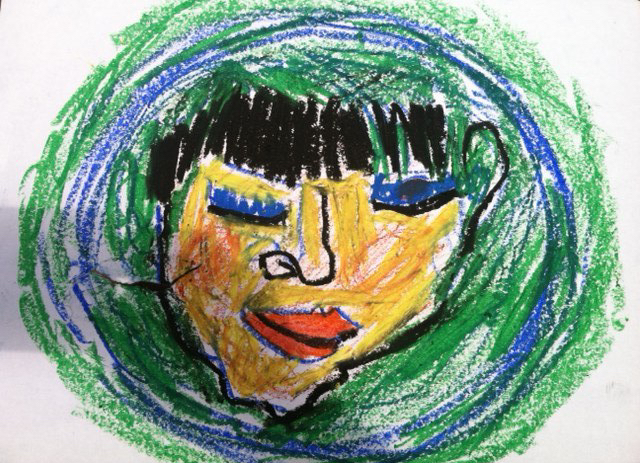 The story teller from the west

He started his story on this evening, by referencing the boards at the end of the lane behind which the story takes place. He told the story of the young man with ass’ ears,  got in control of the older woman, who liked her cups of wine. He was carrying her around at too fast a pace for her liking but she could not get his ears to listen or slow down. He left her on an island, feeling very lonely and abandoned in a place where the only thing she had was a number of cold wet empty purses she pulled out of the lake. They once were lovely leather purses and she asked who would do such a thing. She considered getting into one of the solid rocks for shelter, for durance, for survival. 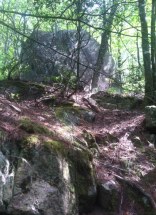 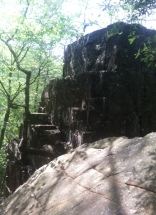 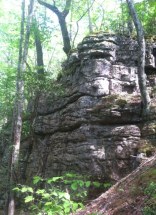 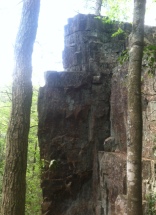 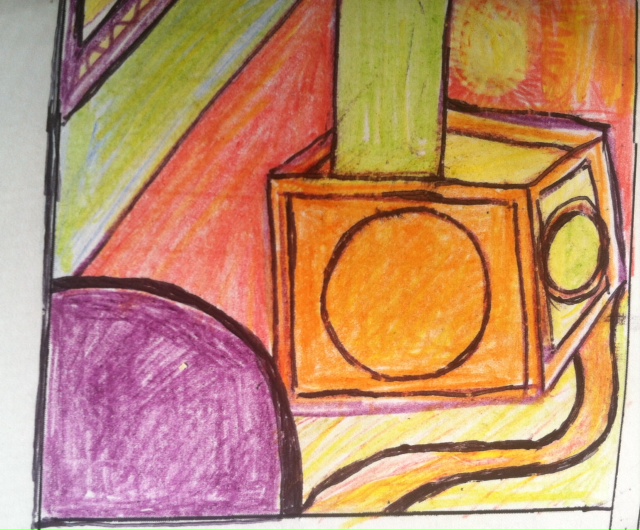 The boxes filled with the sweetness of infancy

Her father’s old letters written when she was an infant came to her. She felt that loneliness inside, her own loneliness for her mother, when she was parted from her, hidden for a very long time. She looked into little boxes on shelves, in the home of her grandmother, to find the feelings, long since lost, forgotten, rejected. She felt the holes in her heart, which she filled with wine, to numb them out. But now when the empty spaces in her heart raised their heads looking for the original feelings put away in boxes at such a young age, she flew toward the horizon and got in the golden boat, and went to her old house and found the shelves where they were. 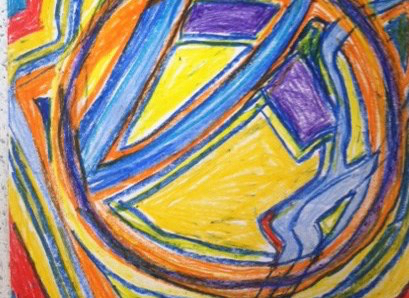 The most beautiful feelings, the very thing she needed, to get her off that stone, that deserted island, were in those boxes. She notices that the purses regained their original luster and were the perfect place for such feelings. She put a halter on that guy with the ass’ ears and he did not buck but followed along, mesmerized by those purses, in love with what was stashed in them. She thanked the ass with the human head, who gave her directions. And she bowed to the golden boat and let it go again; knowing it would be there when she needed it next. The storyteller ended the story by saying “And were I have come from, at the end of the lane, that I have told you.” He stayed for the music, eating and drinking such thing as they had, enjoying everything and going his way early the next morning. The end. 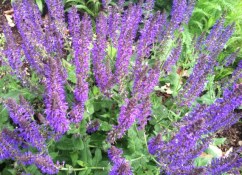 Yesterday evening the words “I know the plans I have for you”  came into her mind. She sat there in her armchair, with a smile on her face and a feeling of peaceful love in her heart in that moment. 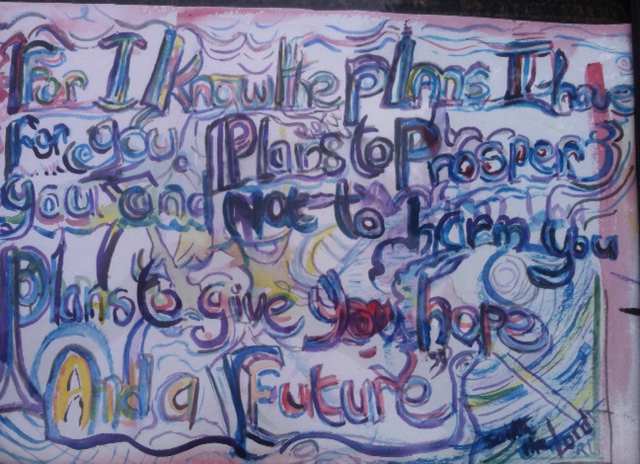 A few years ago she painted these words, framed them, and put them in a high place in her home, where she glimpsed them once in a while, never saying them and forgetting how they go. Now she has memorized them and says them often. They are staying with her, as a mantra, which comforts her and also dislodges other fear-based thoughts. It is easy to bring back the peaceful easy feeling that came with the words the other evening. May she never loose them. 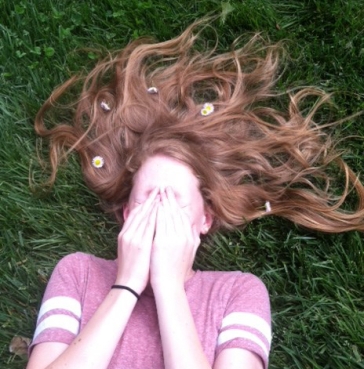 A beautiful young girl did not mind if I took her photo. 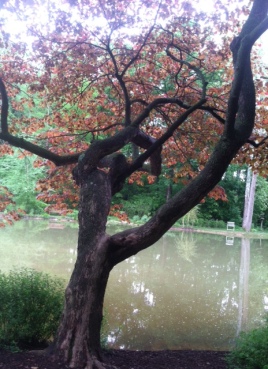 And if you have some little boxes, stored tight and high in the old homes you lived in as a child, and if they wander into your dreams waiting to be reopened, reclaimed, be sure to let me work with you. They may be dragging you around at too fast a place, or causing other trouble and games for you. I delight in examining such marvelous put away treasures  that are yours for the opening. Do not be afraid of such work. It will complete you, the rejected stone of yourself, becoming the corner stone of your present day you. A good corner stone is worth anything. Let there be some solid building soon. Love from Rose. 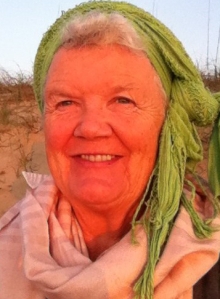 Meditating in the early hours just after sunrise.