Mariah and the Book of Secrets 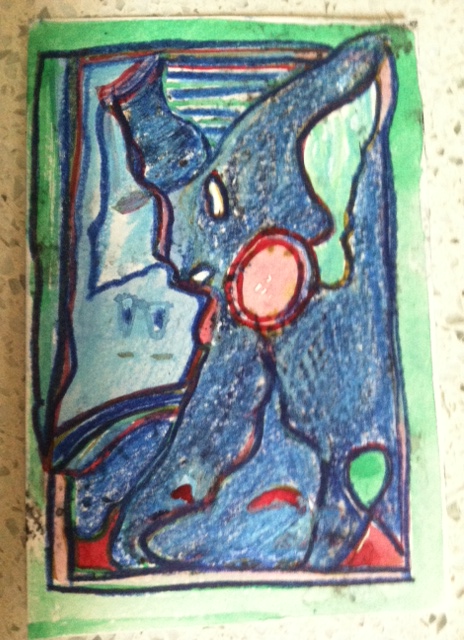 Whether it was a problem with a meteorite or with plasma  from the sun was hard to tell.

Mariah found herself alone again naturally,  as Uishneach had gone traveling, fighting with demons, who interfered with his Negalmanky, rendering it useless, and getting into great debates about whether Atlantis and Lemuria were pushed under by plasma from the sun or from a huge meteorite hitting the earth. There was great anticipation about the debate, which never happened. All the Leprechauns were gathered ready to take sides. The druid brought her word of these goings on.

The birds did not mind the rain

Mariah found herself at home, sitting out the rainy weather. She began to wonder if Noah’s ark would be needed, as it would soon be raining for forty days and nights. Some said that the ark was needed when the above-mentioned catastrophes happened following the great destructions. So far she was just a little inconvenienced with puddles in her lower rooms, which flowed and ebbed with the down pours.

The book of secrets

She pulled down her Book of Secrets, which had been given to her by her ancestors and was very old. It was said to contain some combination of Egyptian, Irish and Hebrew thought. It focused on the beliefs that people coming into this world had certain things happen to them because it needed to happen due to Karma as well as the need for understanding and learning about themselves. 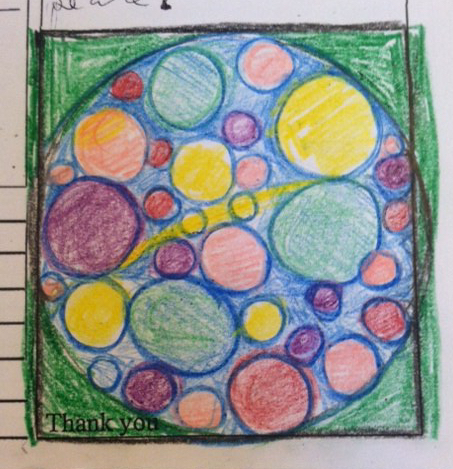 Circles of many lives

There was loose pages in the book about Mariah’s sister, Mary, who had died at an early age in her fifties. A psychic Leprechaun has done a reading on her as she was near death. As she went toward death Mary was falling apart in one way and in another ways coming together like a collage. Mary understood what was happening, was able to see why her life was over and accept it. She moved from her broken physical body into her spirit body a few months before leaving the earth finally. The ancestors all were around her, especially the grandmother and mother. They were singing and celebrating her return. She was complete, had come full circle. They were partying with lots of music of the realms. They all had an awareness of her imminent appearance on their side of the divide. She was not in pain and floated right out of her body. She was graduating into the next level.

The Psychic said that Mary had a past life with her sister, Mariah. Both were given to a convent when they were about fourteen years old in France. They were so unworldly that the parents thought they would be better off in a convent with sisters. They were not blood sisters in that life. They loved nature, talking to God and praying. They saw spirit everywhere. They loved to sing. They understood God and were ok with God. Mary lasted twelve years in that incarnation with the sisters. Mariah in that life,  took care of her and when she died she took care of other sisters. In the past life she tuned into her dead sister, and she would go to the Grotto to talk to her. This was allowed as the sisters felt the veil between heaven and earth was very thin, in their case. The dead sister would guide her giving her instructions about how to treat others in the convent, who were sick, saying this one needing “sulfur” or that one needed a change of diet, or needed to be cooled down. In this way Mariah was able to bring wholdness and wellness into the life of many of the sisters who lived to old age, in their eighties.

Mariah began thinking of her training with the druids. As a child she had a particular gift with art and dreams. This was accomplished by drawing in the earth or using a slate and a soft chawky stone to make marks. Small stones were also used. She had been trained to read the stones and the pictures. She had not practiced since her marriage, being busy with keeping house and her learning had lapsed out of awareness. She thought she might talk to Druid Bernie again and see if she could get a group of dreamers together and get started in bringing in her true voice of spirit through the art and dreams.  The end.

Rose was watching a documentary about immigration of the Irish. She was not thinking of her own journey in 1985 when she came to United States. She saw that big airplane raising into the sky and though of her deceased sister Mary who also emigrated in the early eighties. Rose burst into tears for a while. It is easy to forget Mary and her close links with her. She always felt close to her and she felt understood by her when it came to talk about spiritual things. Mary had a healing practice in California and worked in music with children for many years. She is sure missed by Rose. 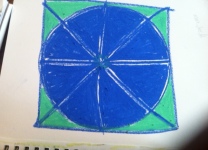 And if you want to work with your dreams, your own marks and stones, be sure to contact me for some work with your unconscious and find out more about yourself. Maybe your past lives will show up. Many people in other counties and in other religions, believe in past lives. And if my questions to others are anything to go by, many people here, with whom I have contact, also believe in them. As one person said, it was very helpful to consider karma with her mother, enabling her to let go of her shame and guilt relating to a very difficult walk with her. Drawing can also help you distinguish between what is “right” for you and what is “necessary” in your life, and be able to see how those two pull you around. I am still thinking about these distinctions.

I am being invited to put my step into the white light but my leg is bent out of shape about it when I had the dream. Green represents the heart.

I look forward to hearing from you. Like my writing if you do, comment if you can and I will be very thankful for your individual mark to me. Thank you and love you. Love From Rose.

No dreams yet of riding the camel