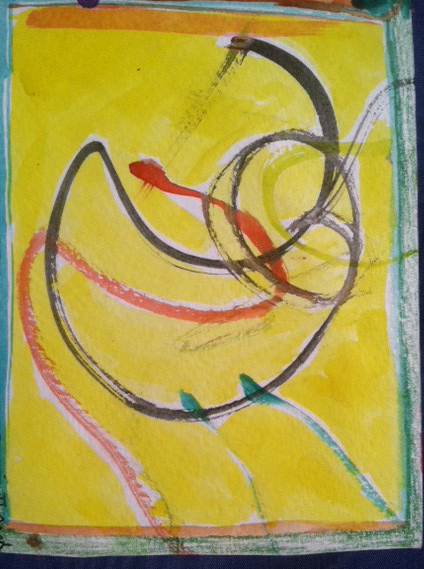 Everyone has those snake dreams. Some bite us in unmentionable places or on the hands. Snakes are associated with instinctual energy and the appearance of a hostile snake, or a hostile animal, may mean we are going against what is in our own best interests, our own instincts,  from a wholeness point of view.

The dreams usually get the attention of the dreamer, precisely because of the fear that comes with them. The unconscious has been opened a little by some fear that has come up in the recent past. Then the image of the snake can come up or something else equally frightening to help us pause and consider other actions would benefit our wholeness and happinessA snake is an energetic animal. It has such speed and power and seams to move on its own internal rhythms. It can be a representation of the Kundalini energy held asleep in the base of the spine awaiting some spiritual use to be made of such power. 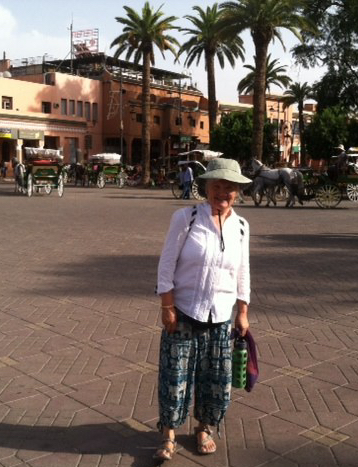 On the square in Marrekeck in Morocco. Snake charmers were nearby but I missed seeing them.

I heard such a snake Dream from a young successful woman travelling for her work, taken in by me, while in the skies between Marrakech and Casablanca over Morocco. When I told her I was a dream interpreter she told me her dream of a cobra snake that was behind and toward the left side on her, like it was around her in a way. 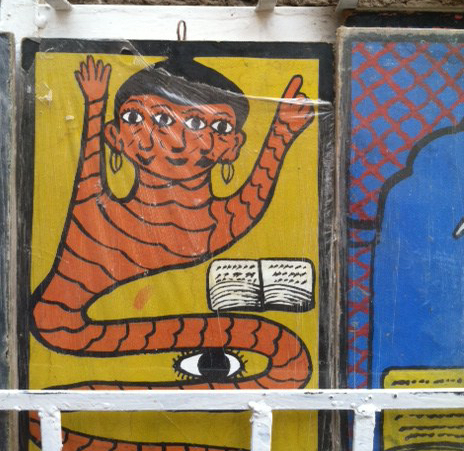 Not many snake images in evidence in Morocco. I found this image in the market in Marrakech.

She felt it was connected to pain she is experiencing in her upper back and neck. When I asked her about her life she told me of a beloved grandmother with whom she spent her time until she want to school at five years old. She let me know her grandmother worked with people. She would hear her grandmother talk to spirits in the people and do her work. 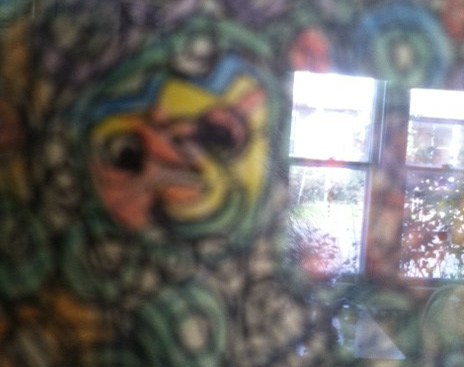 She talked the bad spirits out of inhabiting ordinary humans.

Then she would see the people come back to her grandmother, give her gifts and thank her for getting the unholy spirit out of them. This woman, looked into my eyes, making sure I appreciated what she was saying, that the people came back healed. I suggested her grandmother was an exorcist.

The dreamer did disclose she is very psychic, can read people very accurately, see their inner intentions. I thought she had a spiritual gift like her grandmother, just expressed differently.  For some reason she had spent time observing her grandmother as a small child, so she could be conscious of such spiritual healing. She has a fear to practice in any way her grandmother did but often finds she helps others in a satisfying way to her, when she listens to their stories. She thought the pain she is experiencing in her back and neck may be due to the fact she has turned her back somewhat on her abilities relating to her spiritual gift. She thought that the snake was connected to this spiritual power she has. 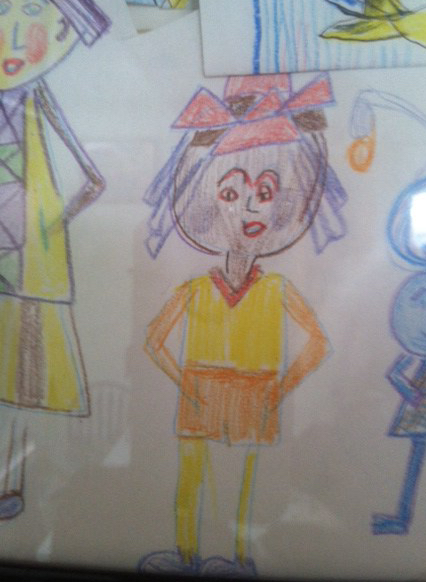 Mushrooms in their own circles 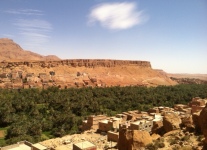 The river snaking around the valley in the Atlas Mountains.

I gave her my card as we said our goodbyes. As we sat side by side in our cosy seats on the plane, I hardly appreciated her beauty but when I saw her later in the bus into the airport taking us from the plane into the terminal in Casablanca, I saw she was tall, elegant and very beautiful. 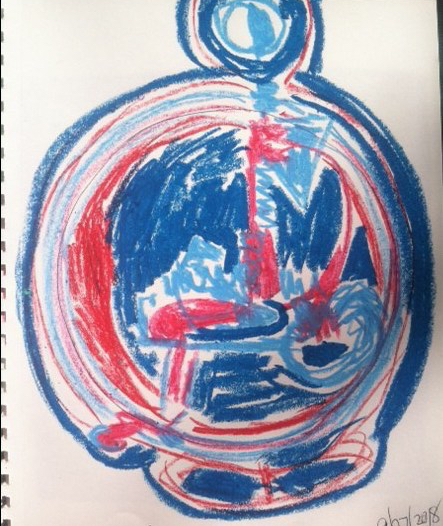 My dream about a snake came when I was suffering from disabling hip pain after I travelled with three small children to Ireland. I was referred to a body worker who may have been osteopathic in nature. He put needles on me, attached to some electric pulse. Left on my own attached to needles for a half hour,  I was a little terrified. Then he came in and pushed my tightened limbs around until they were free. It was a great release.

That night I dreamed I pulled a snake from my hip and beat it senseless around the small bedroom I slept in in Ireland. I mean this was real energetic, blood on the walls beating. I did not look back after that to any pain in those years.

See below some writing from the same timeframe above, written up in an earlier blog titled: Healing the Wounds of the Heart.

I go with my brother to count the sheep and cattle in the Denore farm, which are a few miles from home. Our farm is the third one in from the road and we open the gates that give us right of way over a rutted roadway. We get there in the small red fiat car, filled with children in the back seat, both my brothers children and mine, going over the bumpy ground through the green fields. I hear my brother say a string of curses starting with the “F” word. He sees his ram sitting on the ground and a crow picking on the flank of the animal. He did his farmer thing with the ram, being doctor and nurse to him, carrying him home to the home place, putting green unguent on his hip and giving his a shot of antibiotics. ( I think he recovered too, although there was some question about his efficacy as sire for the new lambs, after that year. Being in USA often meant we missed out on the followup details after out return.)

Photo by kailash kumar on Pexels.com

And as a way of saying goodbye until I write again I will leave you with the ending paragraph from the above mentioned blog:

Dream work will turn you into scissors hands, as you start to see through the thick hedges into the sleeping self in the lovely royal bed. The attitude that  “I am a Queen and no widow am” keeps us in selfishness, asleep and getting stuck, as we ignore the need to get up into the next level of spirituality, next phase of awareness. Symbols, offered up from your own unconscious, come flying out of the hedges. You will begin to see when you are cutting yourself off from life and unable to move. Pain comes from refusing to look at you. Love itself is always there, inside, waiting to help with the hedge cutting. There may even be a huge hunk of love hiding in your hedge waiting for a responsible you to take that lovingness into you for liberal use on all that you encounter. Being awake to the offerings from the unconscious is a form of internal hygiene, a gift, an internal language and is activated by your intentions and attentions to the dreams.

Photo by Nick Demou on Pexels.com

There is a place on my schedule just for you and your dreams. Do not make me have to go after you. You know whom you are, always promising a visit soon to work on dreams but dallying, as the hedge gets enormous. 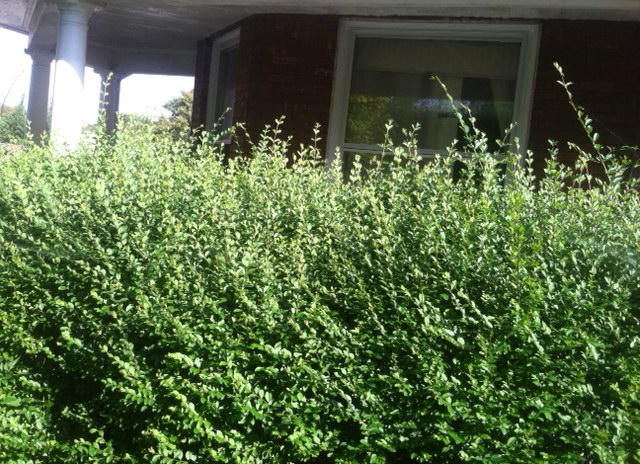 The hedge has been wildly growing outside the window of my office. It gives great privacy but needs to be wrestled with also.

One of my favorite pictures from traveling in Morocco