Leprechaun at the River

Next day Mariah put on her shoes with the upturned toes and a bell on top and every time it rang a little she said, “I am.” She was on the old river path on a lovely warm fall day.

She planned a long walk by the river at The Springs where she might dip in the cold water and write a little and paint, while sitting on the rocks. She would have a forest bath by being out in the pranic air and a water bath in the mountain stream. She heard there was a door into the other world new here and she was looking for that too.

She through of truth versus the lie. If she was in the truth then she did not give her energy to the lie and she would be free. The lie was always nearby wanting to syphon off energy for its one uses. The lie is heavy to carry. She often duped herself into the lie that she and her world were mortal enemies that she was owned, or she was controlled in a great big collective way. This fear was only an excuse for the lie to gain control of her to prevent her from going on her true path and celebrating her life with love and joy and kindness every day. When dumped the lie shrivels up and dies. She wanted to walk out into love without letting the lie have the use of her. Sometimes she felt between a rock and a hard place. 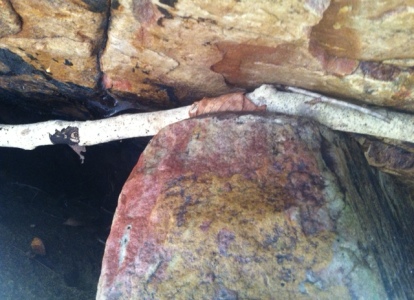 She was tired and lay on a rock above the water. There she fell asleep and soon she was looking at the door in the rock and made herself ready to enter in.

She sat on a flat rock among the bubbling waters and started her prayers and chants so that she could have the experience of going through the door. When she was ready she got up and went over there and the door keeper asked her for the tool and she just knew that she had to leave down her head at the door. It did not seem to be any bother to do and she went in with her awareness looking out of her heart.

When she was in there her heart was connected into a sun that lit her up and she felt bright and connected to everyone else in there. There was a feeling of love running on the connections between them, which allowed the radiance to go in both directions. There was great delight as they experienced each other, because each person was different from the other. Depending on what their experiences were they brought different knowledge to each other as they opened themselves up.

In one connection she experienced the ability to see how that person travelled between the stars and what that felt like. Going to distant galaxies was more than she knew about so it was new to her. When she got to Pleiades with them she was offered time in the healing chamber and she was able to see how it worked on her bodies, all ten of them. She was the grey matter leave her all the way into her pink heart. She rotated until she reached a perfect place within. 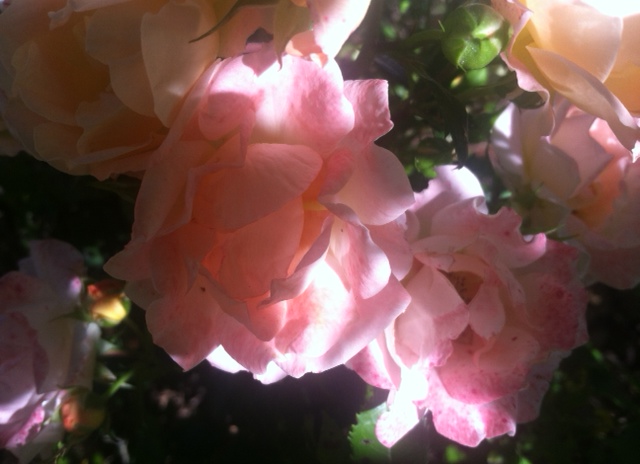 In another connection she was able to go inside and travel into the cells and into the smallest units of matter. She began to understand gravity and how each cell is a small infinite black hole. She bounced like a ball around in the net and laughed and could see how her laughter would make its mark on the skein of space and time. 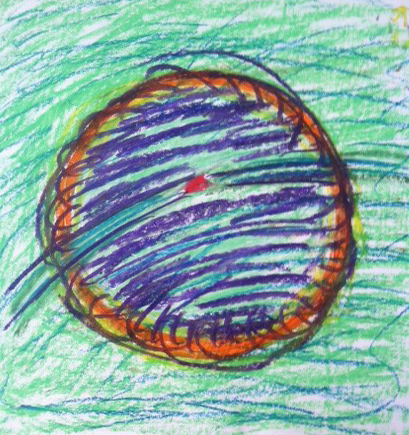 She could see how the collective, all putting their hearts together could heal her little blue planet, heal the forests, clean the rivers, harness the infinite energy, protect the great all. She felt powerful as she realized what was possible.

After a period of time she felt full of radiance, love and hope. Two of the beings in there helped her to find the door out again. After a ceremony of bowing and exchange and of sealing up her new knowledge, they came out into the lovely stream and she dipped in the water and breathed the air deeply and watched as yet more healing came into her body. She could feel the two sides of her body coming together. She was told to keep her secrets to herself, as no one would believe her.

She went home via the riverbed

Next thing she knew she was floundering around in the stream as she felt herself falling off the rock into a shallow pool that almost covered her. She took some deep breaths, wrung out her wet clothes, put on what was left of her warm dry ones and got ready to go home. She went home via the riverbed and carried her shoes with the bells to let the water drip out of them. 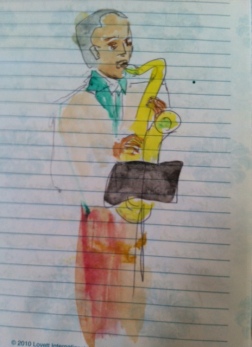 As she went her way she looked forward to the concert this evening in the glen, as it was a warm dry evening. She knew all the instruments and the players would be collected there and they would be singing such songs as Mirror Eyes, In the Garden and Honey comb Heart. Uishneach would be in his element as there was nothing he liked better than a good concert. Mariah also hopped she would hear the new Canyon song those women who called themselves Larkspur might sing.

Right side of brain exercises

When Rose woke up that morning she was in a pickle about arranging a house concert for her daughter. She worried about her house being too small and the crowd being too big or the other way around. And letting them all know it was on…She would let it go and let the notes fall where they may. She was sure the music sounds would do her and her home a lot of good and clear out all the unstable vibes. November 11 might be the date for it.

Gravity for the leaf coming down

She listened to a video on u-tube about gravity and loved the narration by Jean-Luc Pickard (Patrick Stewart) and the scientist, Nassin Haramein involved in the discovery of how gravity works. His numbers are slowly lining up into perfection – sacred geometry that has the power to change everything all over again. The scientist was upset as the old guard was blocking his discovery but it will not remain under a bushel for long as the new young ones with haul it out, it is burning so brightly. It included the idea that we, humans have a part to play, a choice to make in how things are. She was full of optimism for the future.

Soul coming into the earth

She brought in all the plants because of the frost. Her Christmas cactus continues to put out lovely pink blooms. Her other one, which stayed inside during the summer is not in any rush to bloom so she is looking forward to two beautiful plants blooming at different times. 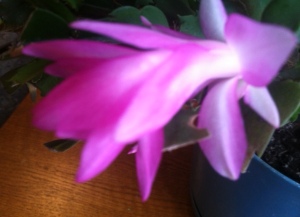 And if you want to make the journey between your own inner and outer worlds, the unconscious and the conscious, increase your awareness and find out what is truth for you then contact me through this site. And if you want to bloom, whether early or late, be sure to come visit me with your dreams, your active imagination, your optimisms, your knowledge of yourself and we can look at how co-creation can happen in the here and now. Love to hear from you. Love from Rose. 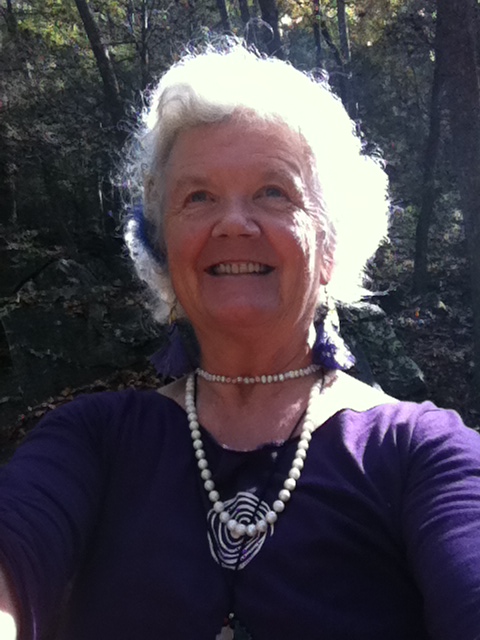